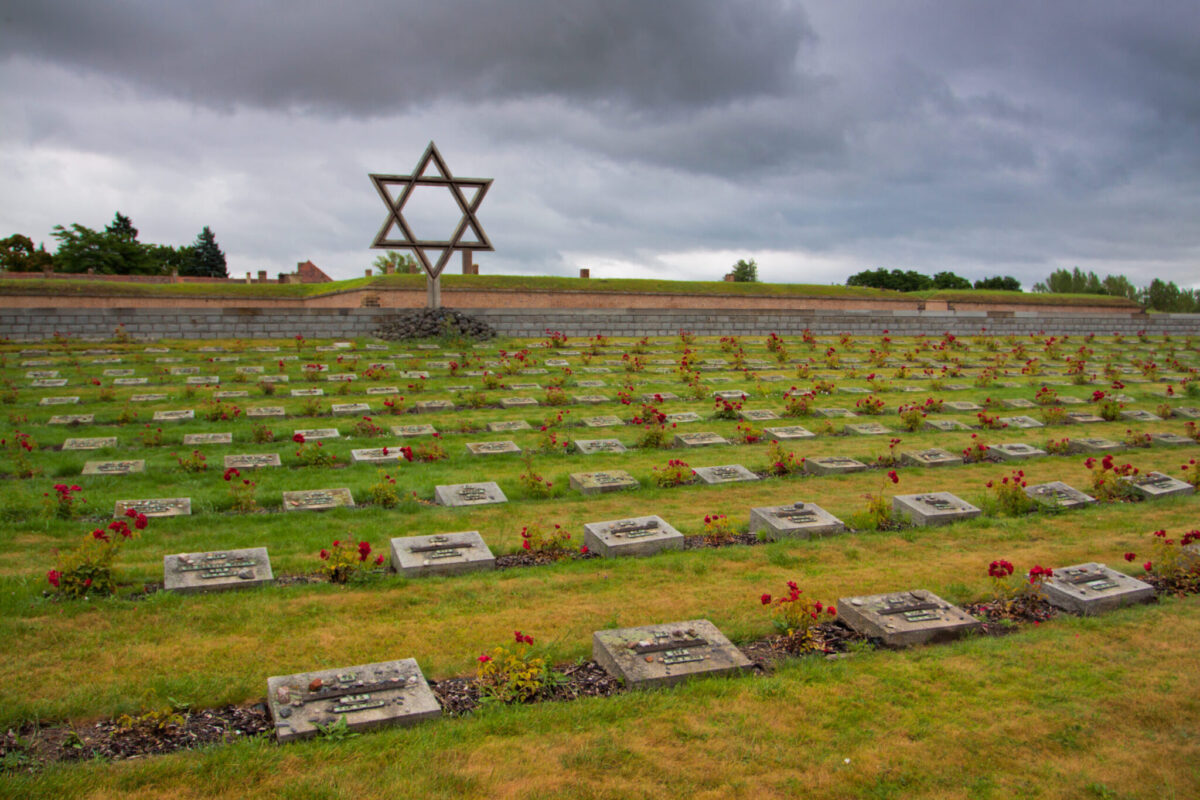 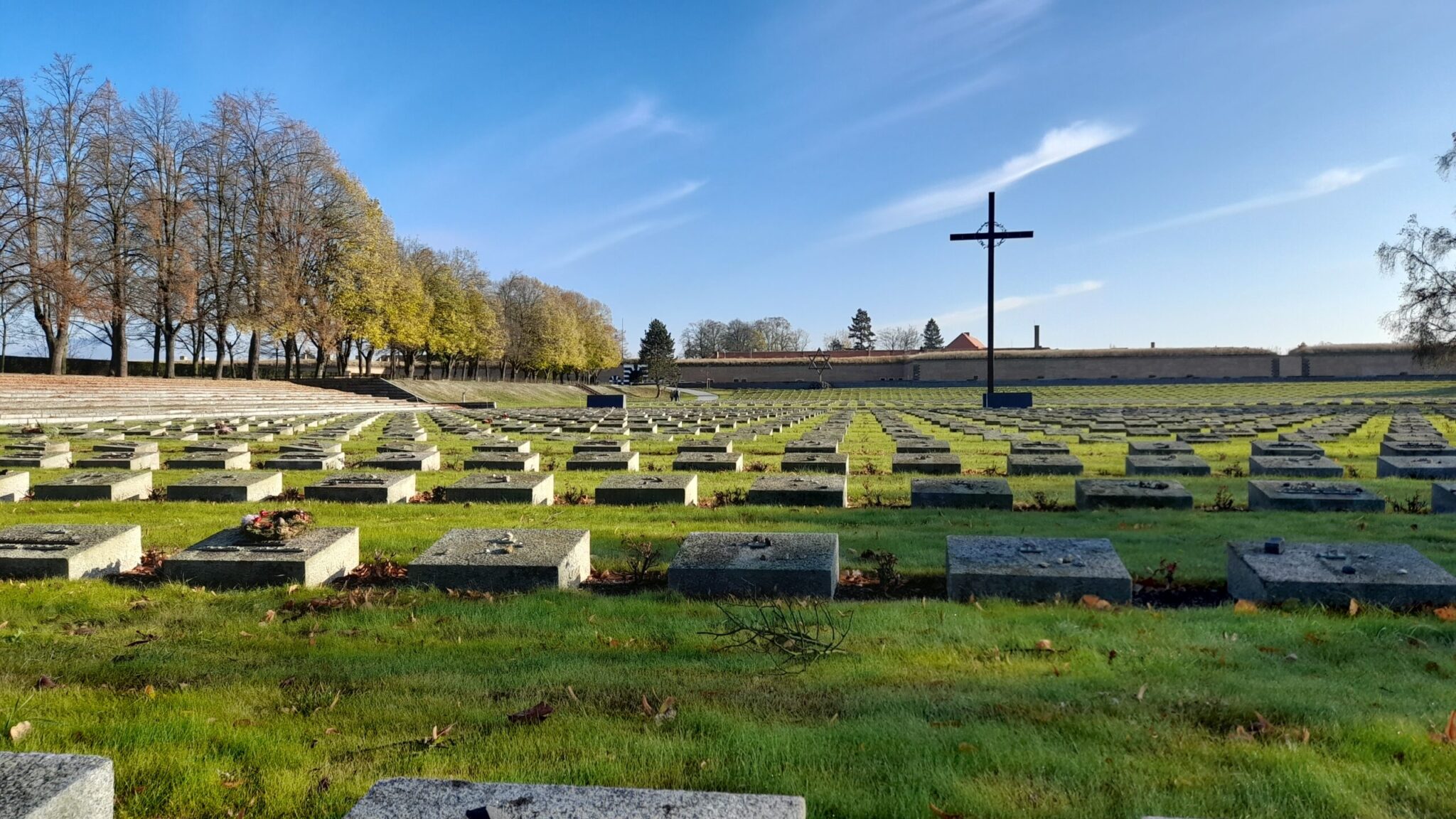 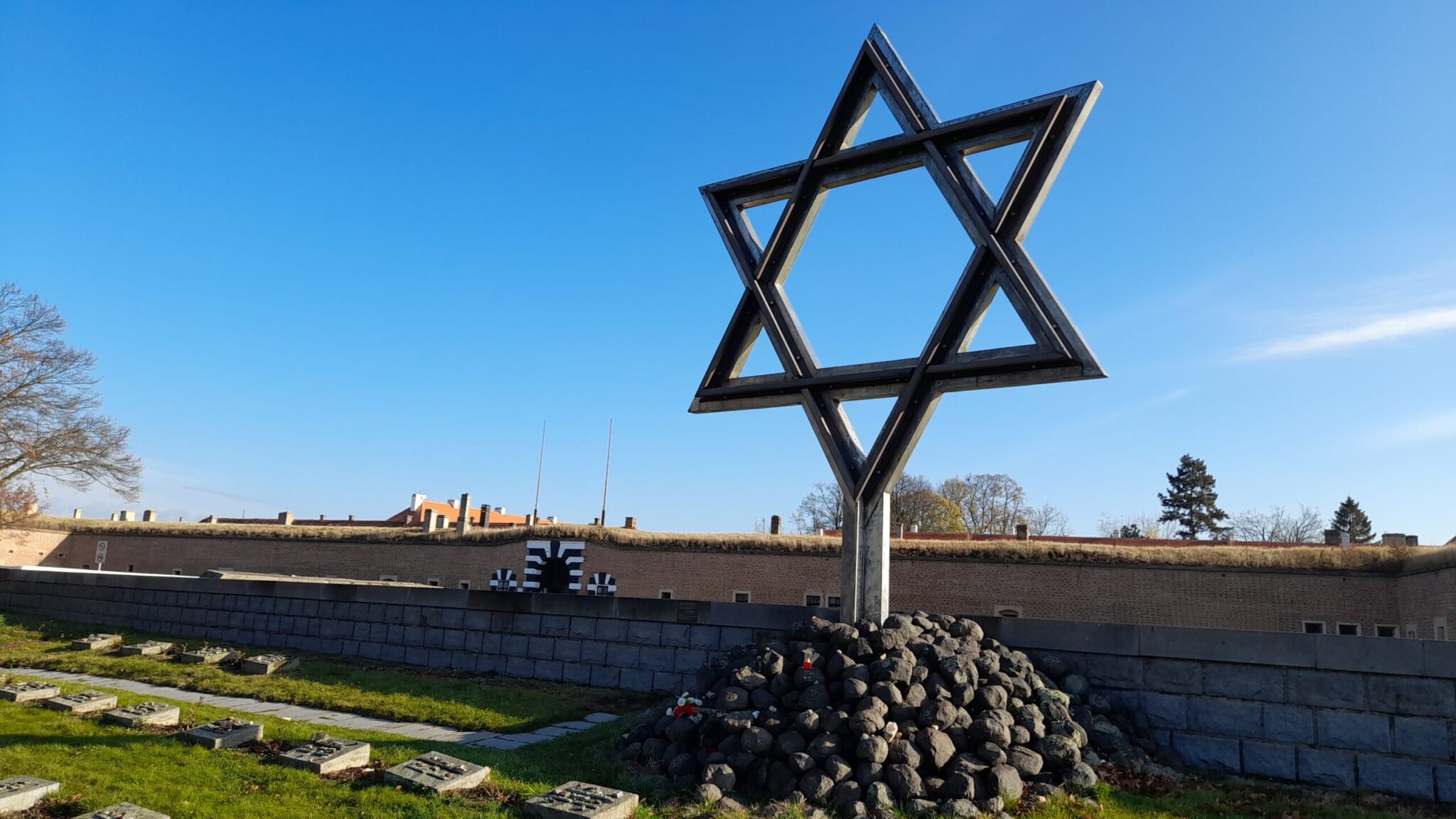 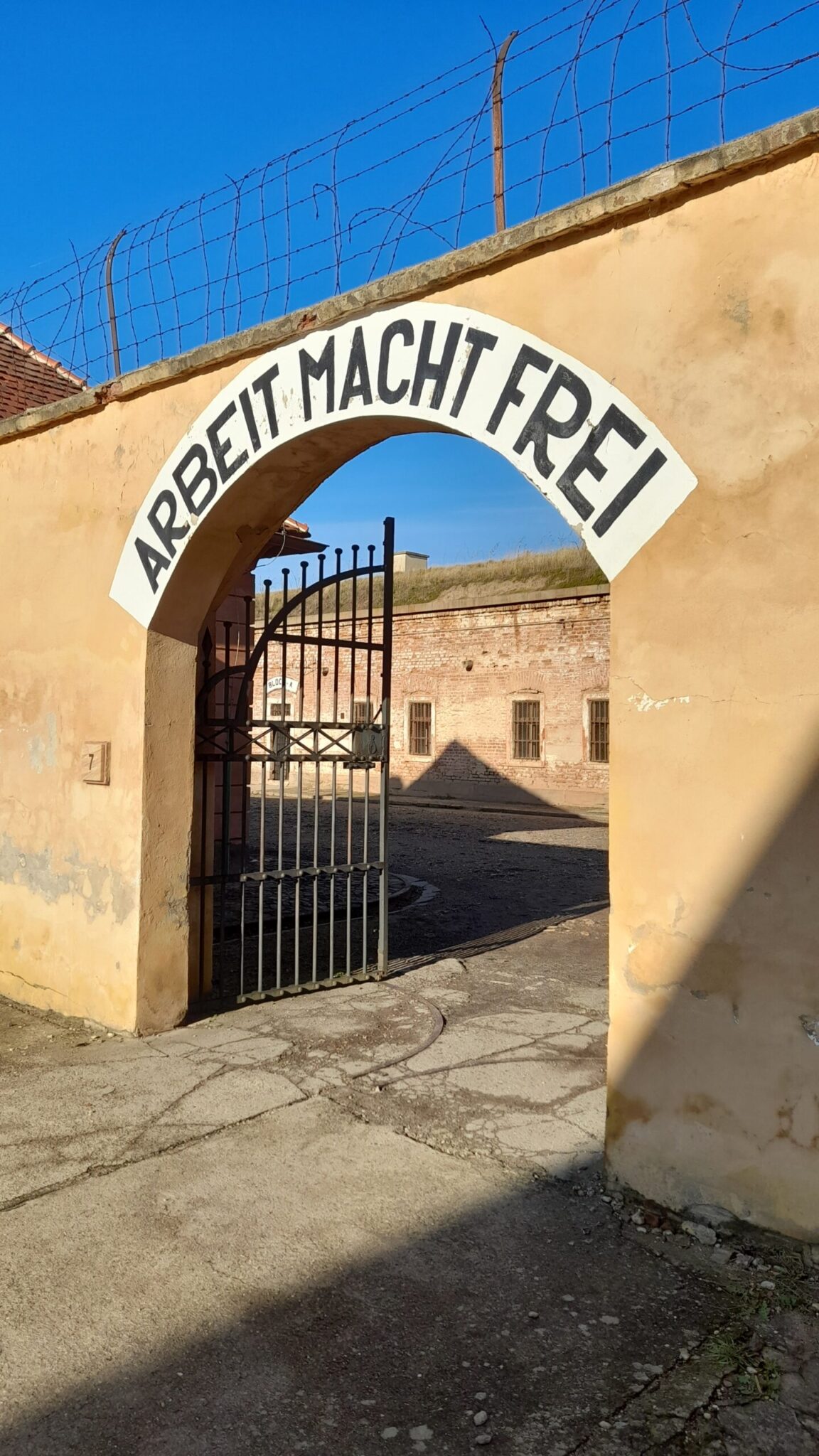 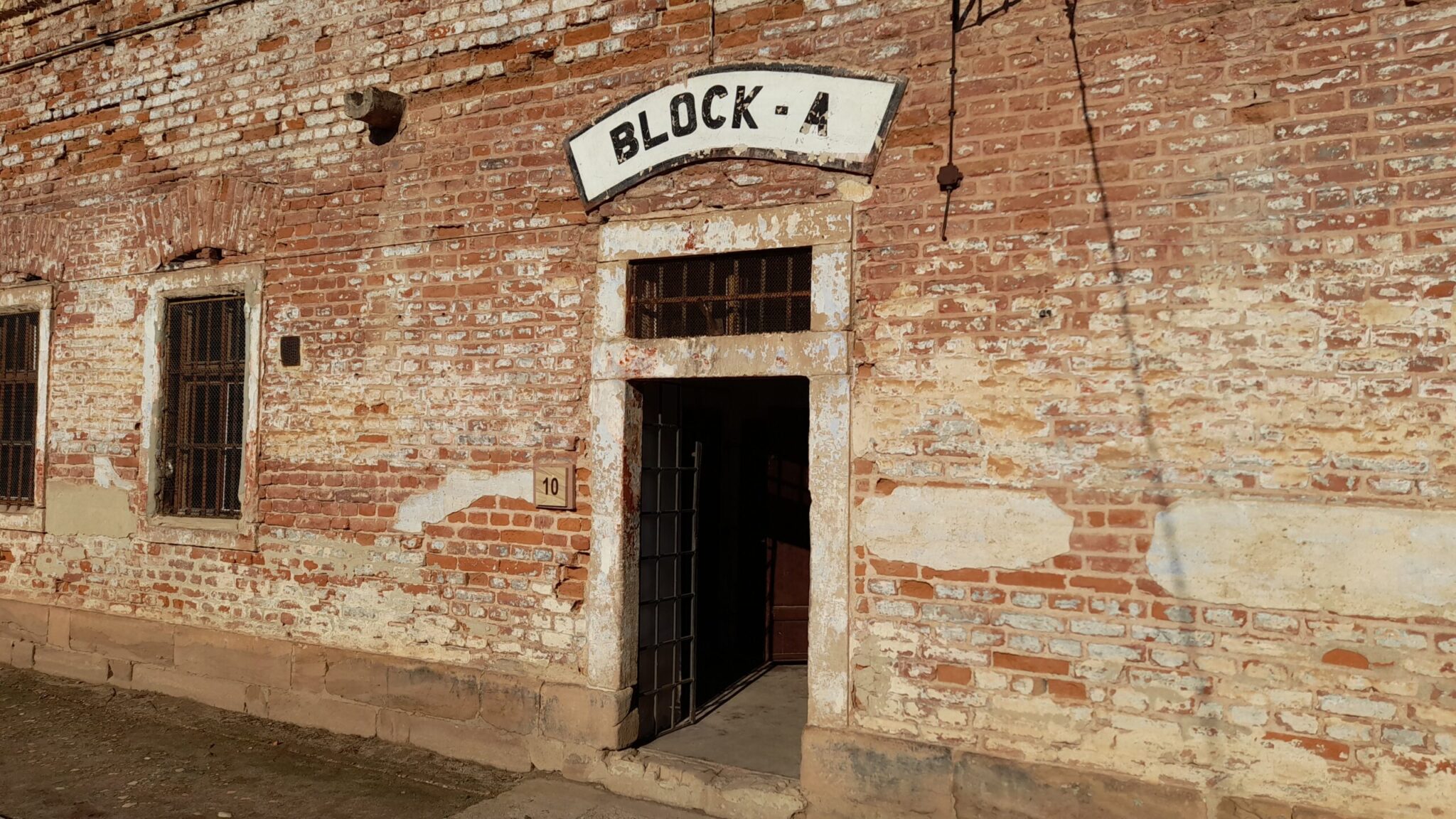 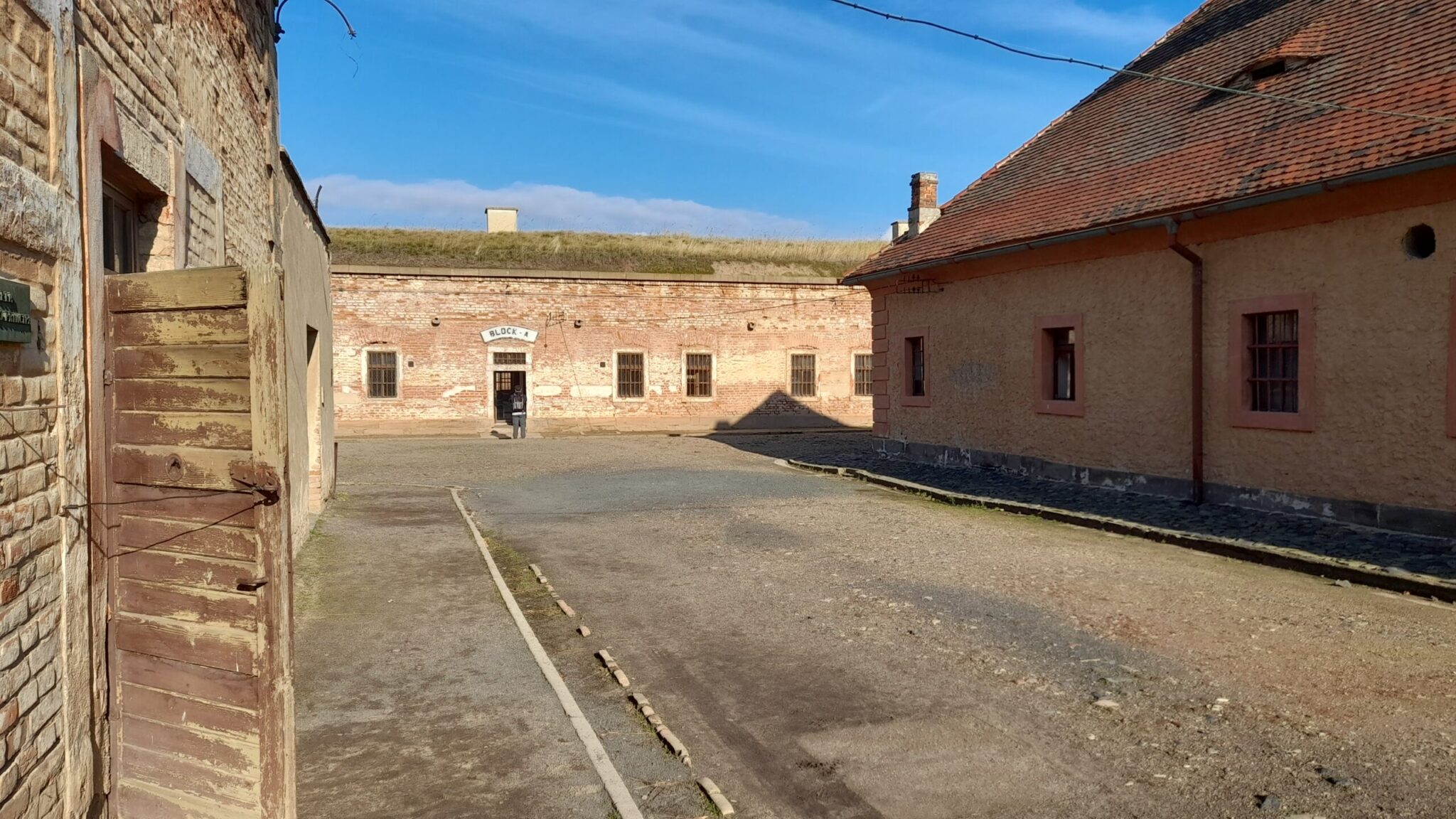 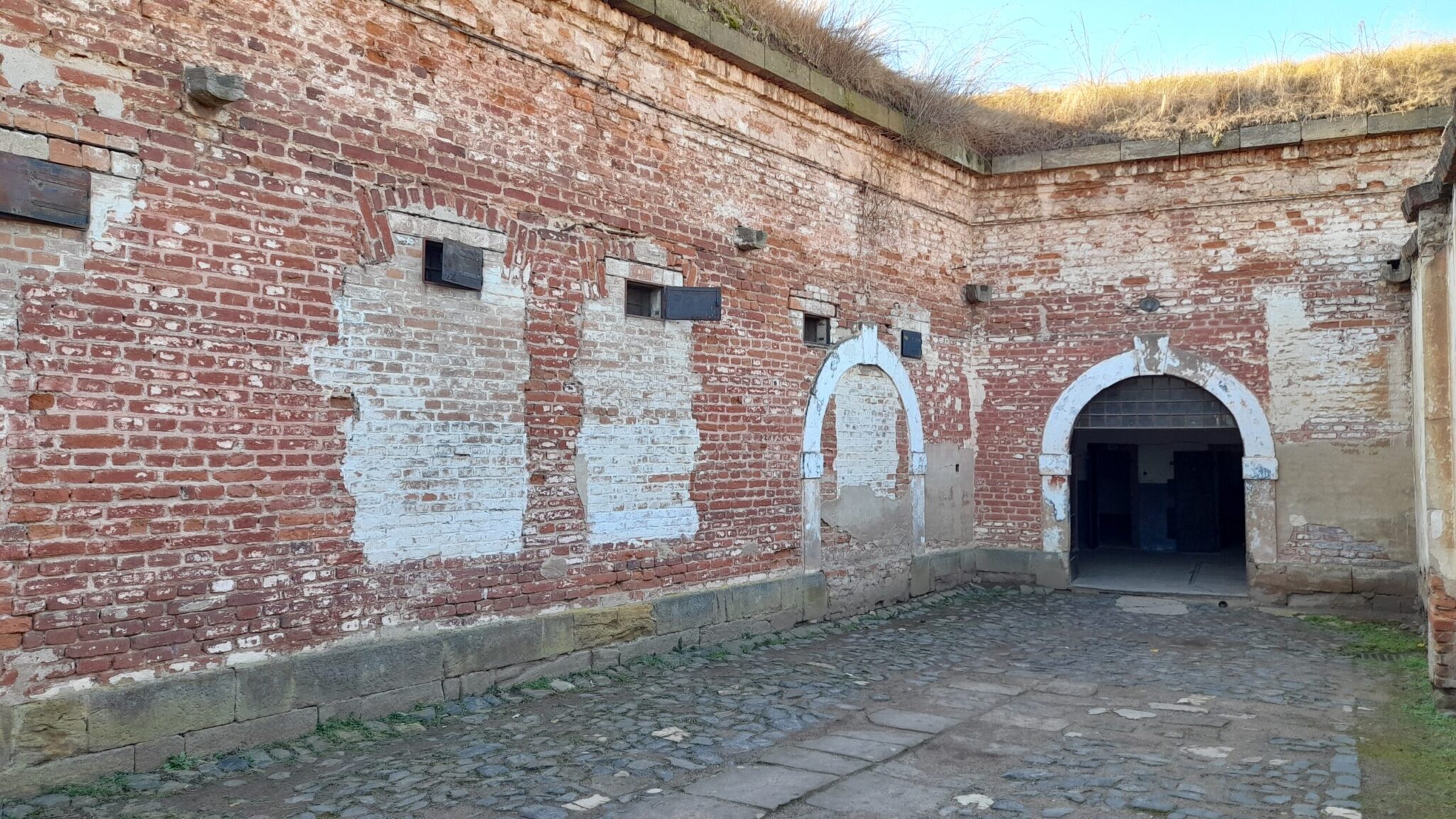 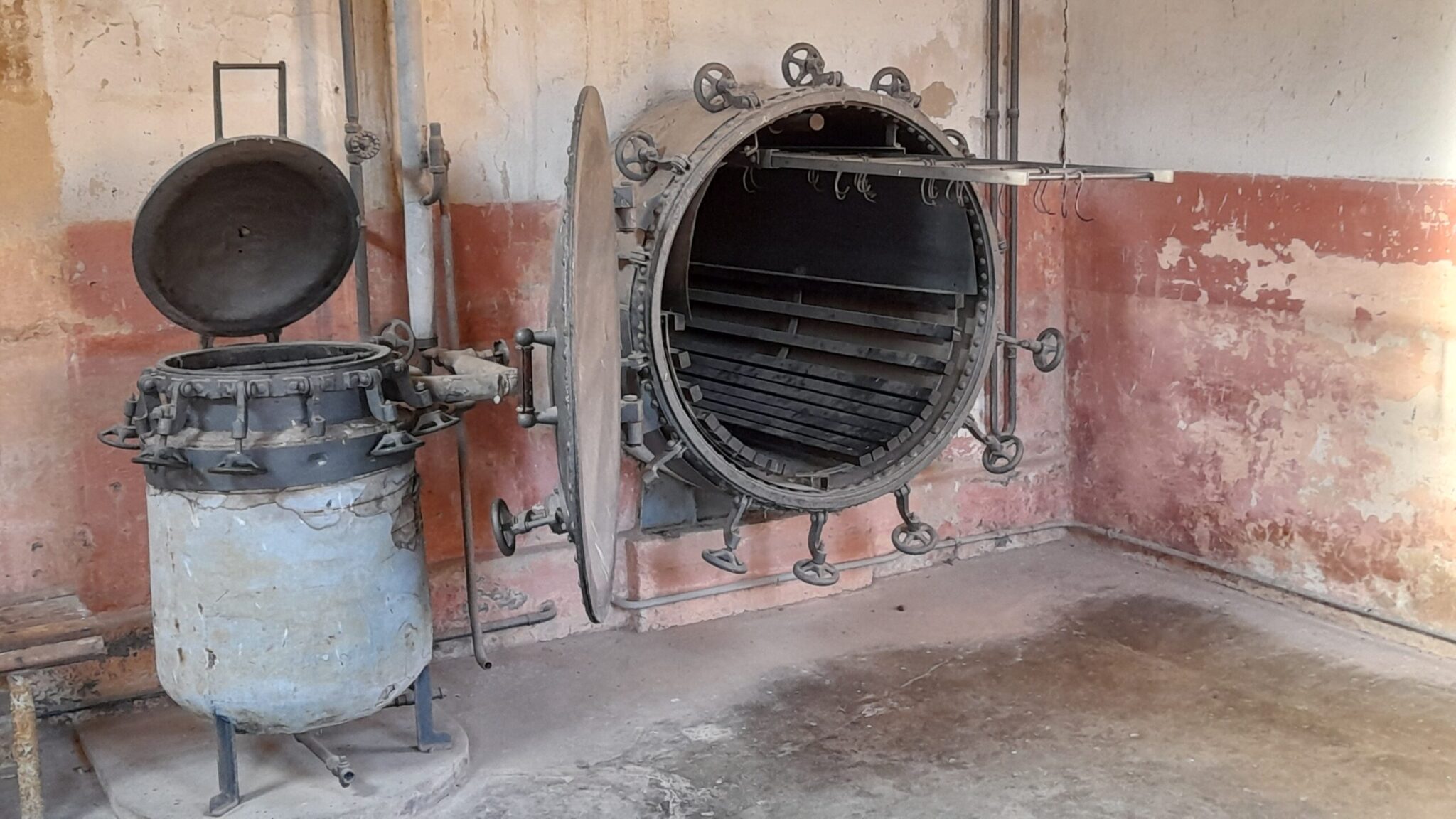 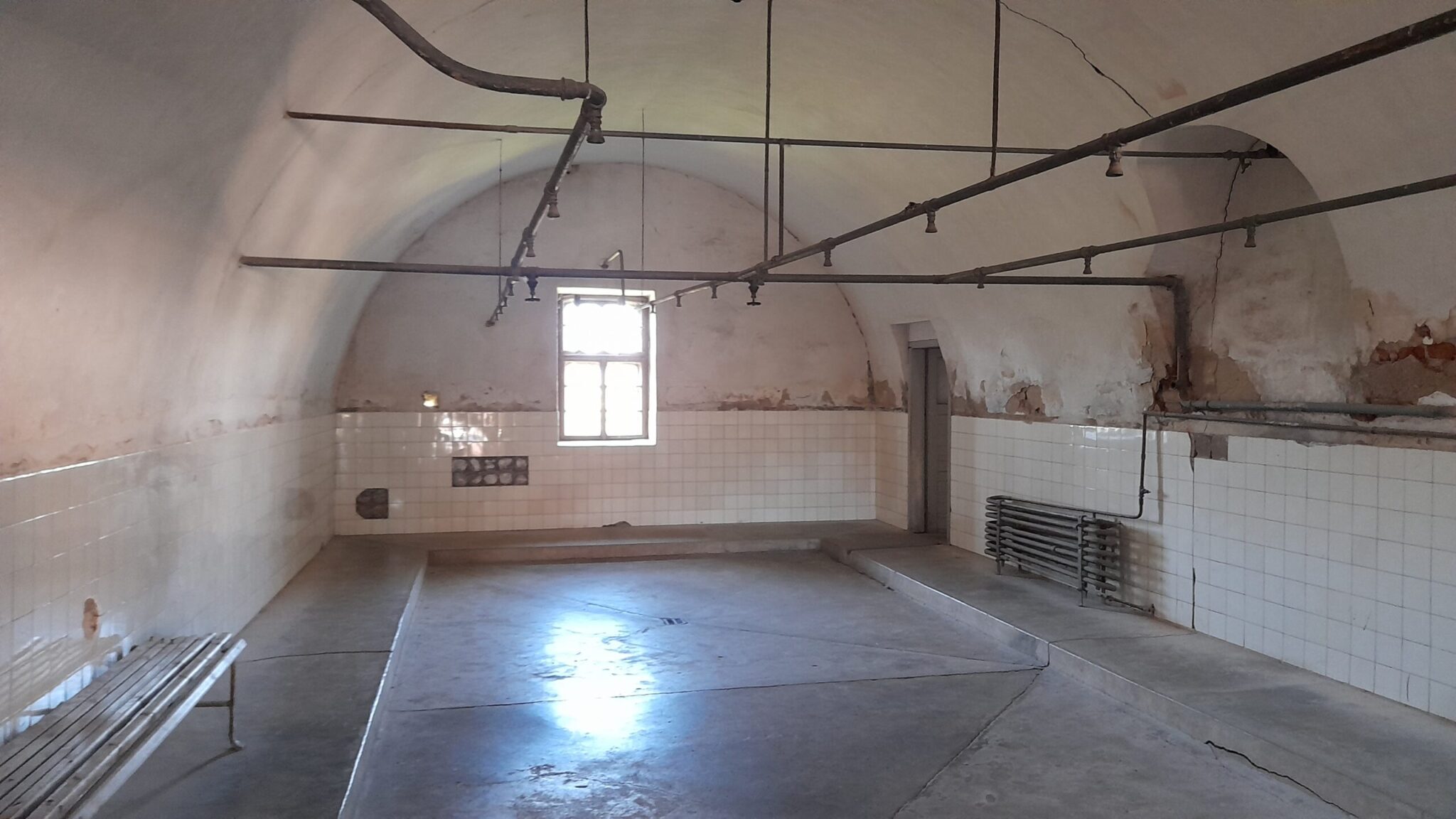 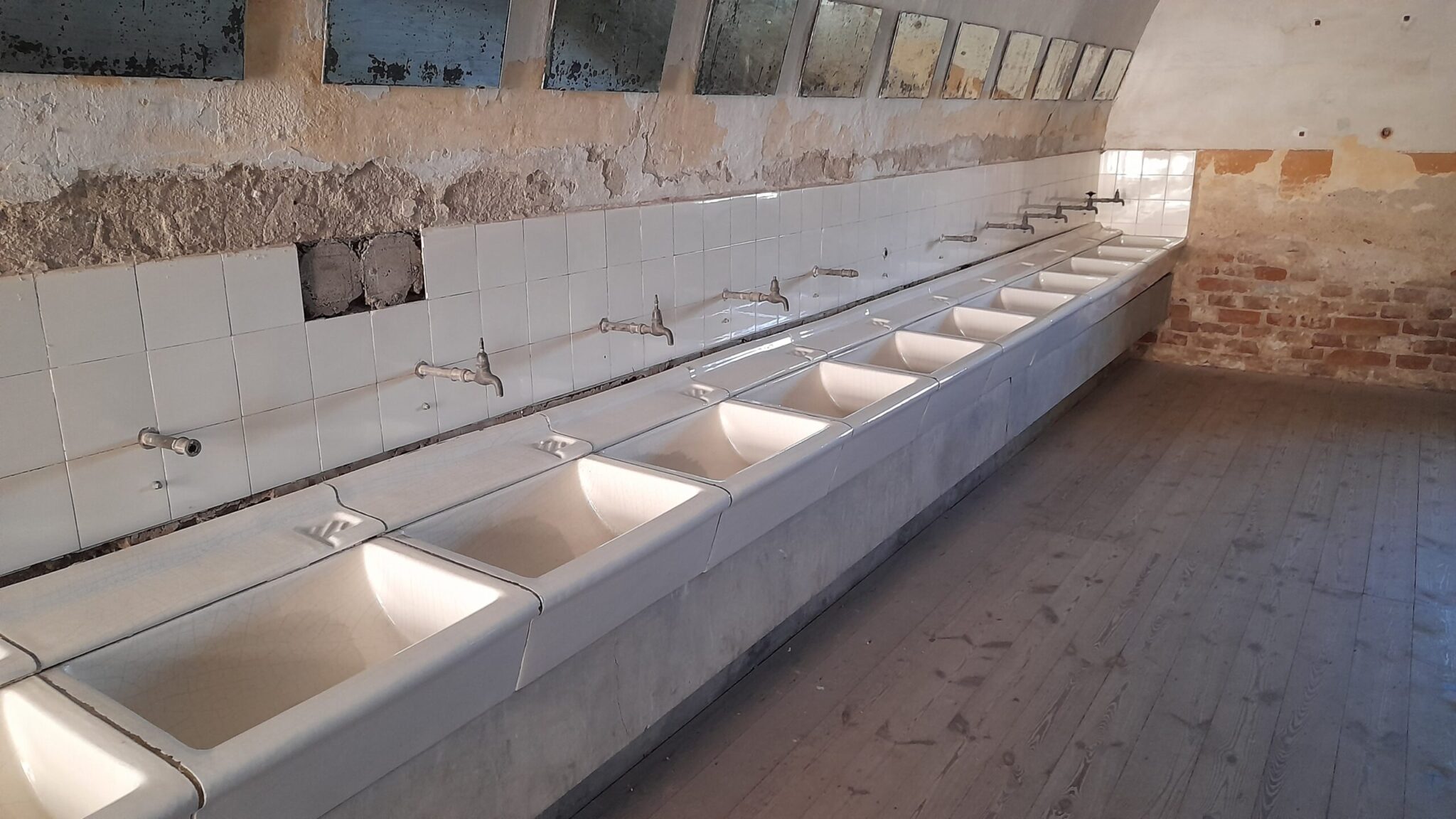 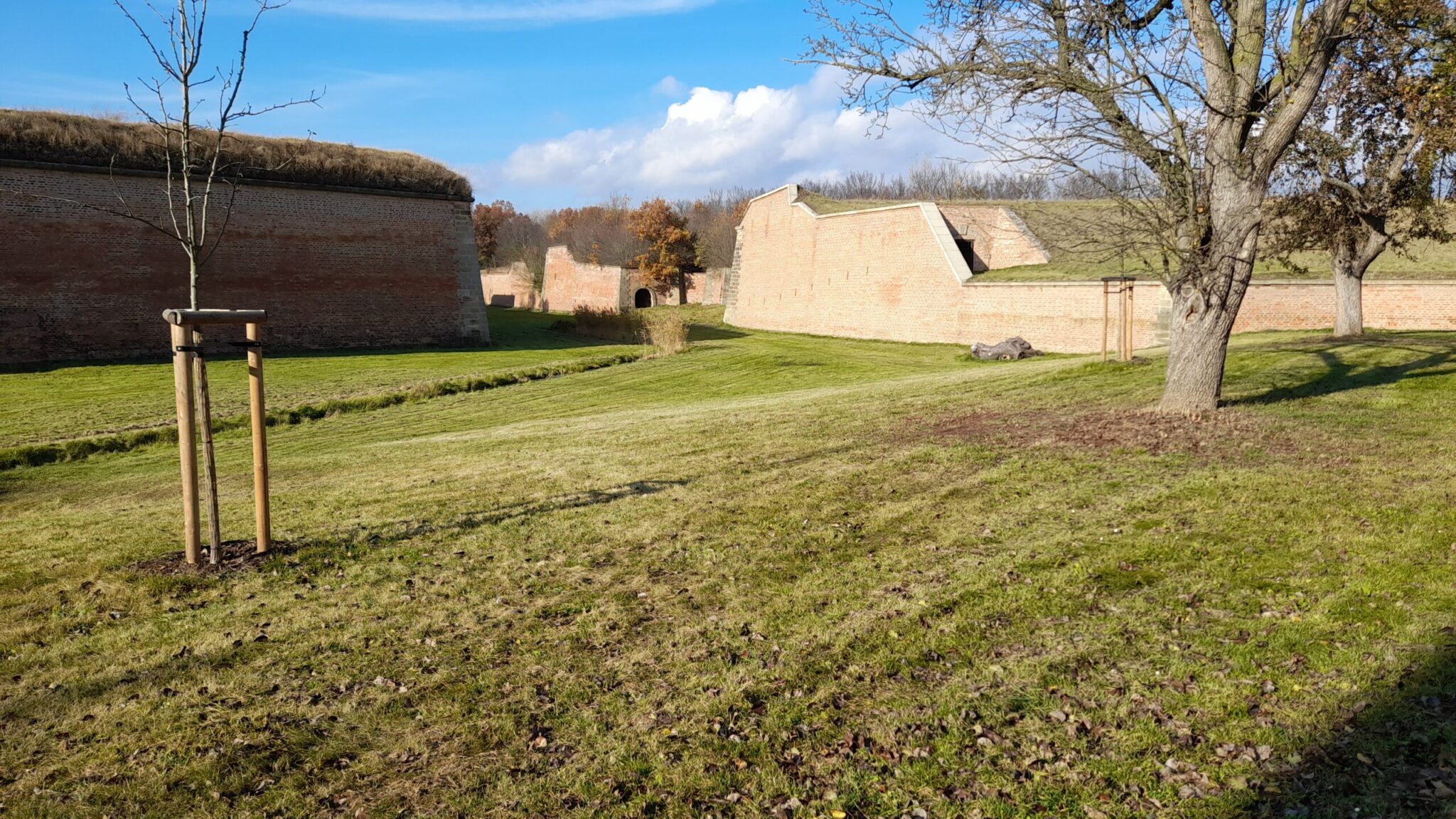 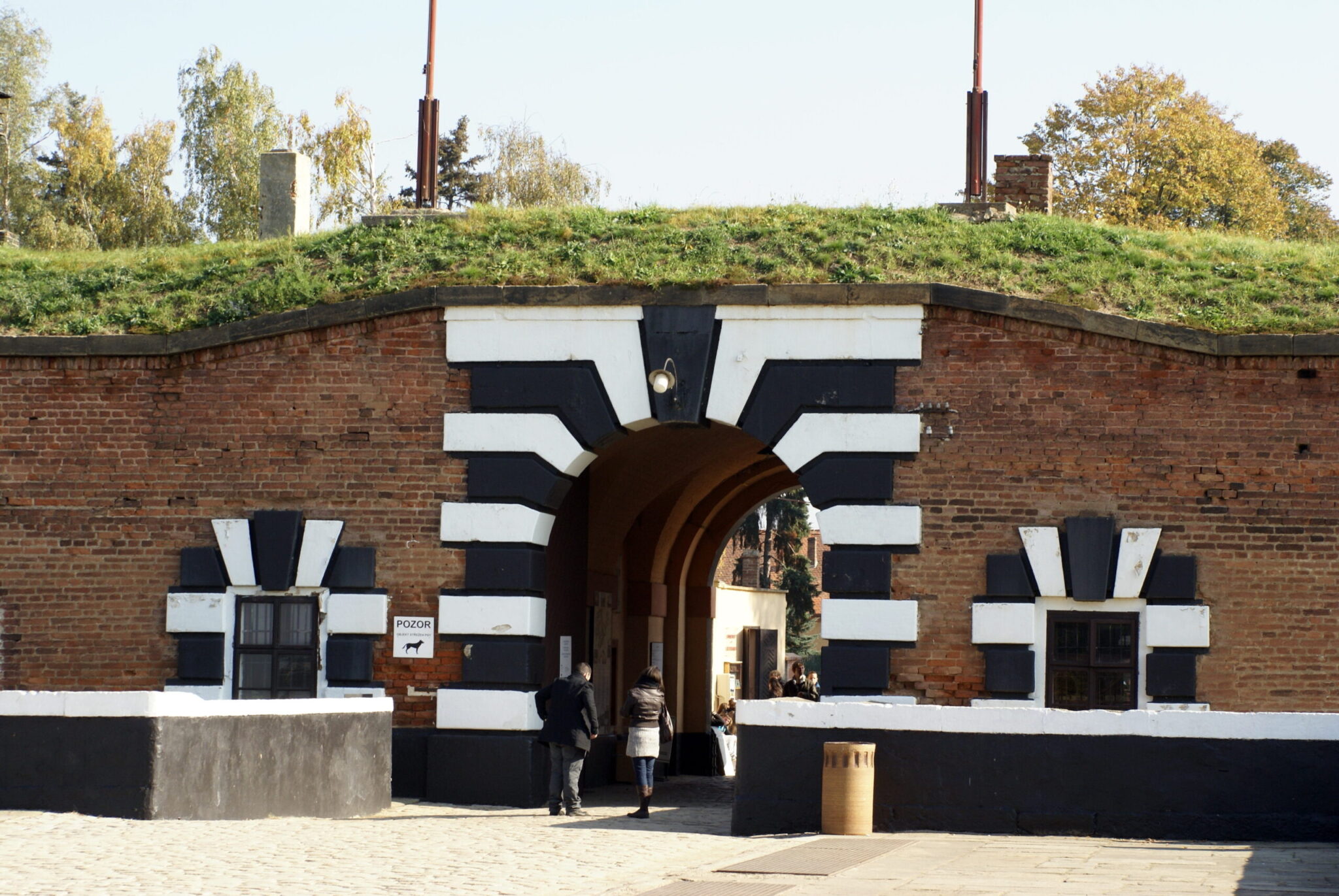 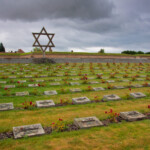 Terezin was a military fortress built in the 18th century was converted into a concentration camp during World War II. The part called „Big Fortress“ became a ghetto-concentration camp for Jews, whereas the „Small Fortress“ was used as a Gestapo police prison. Terezin was not only a place of suffering but also a place of courage, self–sacrifice and the never ending struggle to save those who were destined to be victims of the Holocaust.

The Terezin fortress system was founded by the emperor Joseph II in 1780 and it was finished after 10 years of construction. The joint of 2 Czech rivers, Eger and Elbe, was chosen as the ideal location of the fortress. The purpose of the fortress was to protect the Czech lands against Prussia with which we were at war throughout the 18th century. The Small Fortress served as a prison mainly to the political prisoners of the Habsburg monarchy whereas the Big Fortress served as a garrison town to 10 000 soldiers. During this time the most famous prisoner in the Small fortress was Gavrilo Princip, a serbian nationalist who killed Archduke Ferdinand and his wife Sophia in Sarajevo in 1914 which consequently led to WWI.

If you are interested in WWII, have a look at our Anthropoid Tour – World War II in Prague.

Since June 1940 the Small Fortress served as a Gestapo prison because the main Gestapo prison in Prague started to be overcrowded. The prison existed until the 8th of May 1945 and during the 5 years of its existence approximately 35 000 prisoners went through its gates. They were mostly political prisoners and prisoners of war, as well as Jews, Roma, handicapped and regular criminals.

Our private guide will show you the entire prison. We will start at the administrative court where prisoners arrived, see the office of the commander, then we will walk through the men’s section of the prison where we will see the mass cells, Jewish cell and the solitary cells. We will walk through the wall tunnels, see the shooting range and the fourth courtyard of the prison with bigger mass cells later built by the Nazis due to lack of space in the prison. We will also watch a short 10 min propaganda movie made by the Nazis for the International Red Cross.

The Big Fortress is located approximately 1 mile away from the smaller fortress and since November 24 it served as a Ghetto for Jews. During 3,5 years of its existence around 155 000 jews passed through its gates. 63 transport left Terezin for the extermination camps in Poland, carrying 87 000 prisoners. Only 3600 of them survived the war. Approximately 35 000 people died in the Ghetto itself, mostly from diseases and lack of nutrition.

Afterwards we will visit the hidden chapel. The hidden synagogue in Terezin was one of six such hidden synagogues in Terezin. The one we will visit is hidden in a storage room because any signs of Jewish religion were banned by the Nazis. We will then continue to the Magdeburg barracks where we will see what the dormitories looked like and we will learn about culture in the Ghetto. Many of the Jewish prisoners were accomplished artists. In Magdeburg barracks there are sections dedicated to different arts, such as music, painting, literature and theater.

At the end of the tour our private guide will take you to the Krematorium which is located outside of Terezin’s walls. It was built in 1942 and the victim’s bodies were cremated there. Next to the Krematorium lies a mass graveyard.