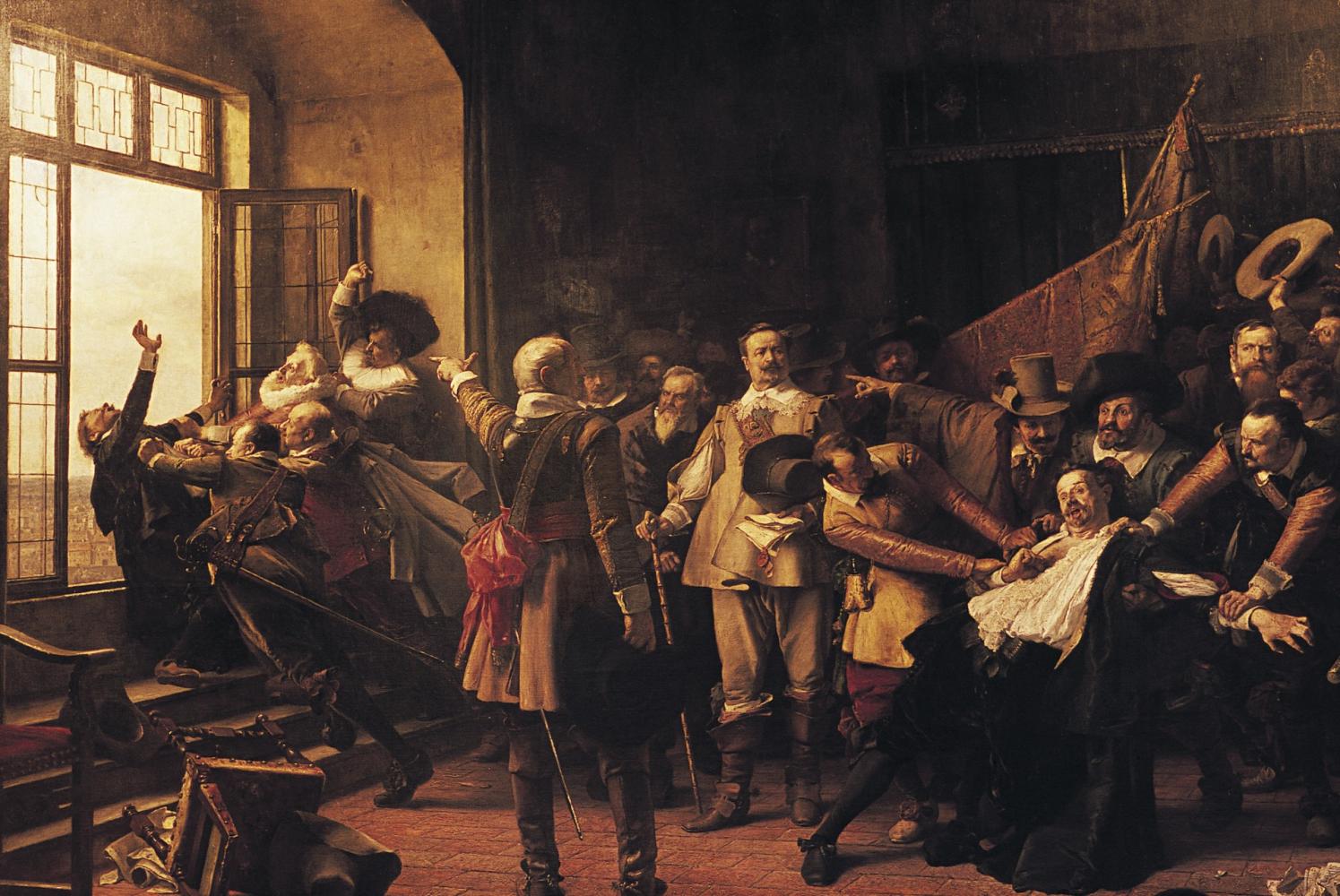 The defenestrations of Prague

Every big city has its own habits, certain events or traditions unique to them. In Prague it happens to be quite a strange one – a defenestration (throwing people out of a window). The First Defenestration of Prague took place on 30th of July 1419 when an enraged mob of Hussites stormed the New town town hall and trew out of the window the burgomaster and 6 members of the town council on prepared spears below. The reason for the act was the refusal of the council to release the imprisoned comrades of the Hussite movement. When the king learnt about the event, he was so outraged that he subsequently suffered a fatal heartattack. Thus began the hussite wars. In 1483 the Hussites perpetrated another defenestration at the New town town hall which was a result of the religious tensions.

The Second (de facto Third) Defenestration of Prague was executed on 23rd of May 1618 in the Old royal palace of Prague castle. An angry mob (as always) of protestants entered the palace and defenestrated two representatives of the Habsburg monarchy, noblemen Slavata and Bořita, along with their scribe Fabricio. All three men survived thanks to a steep slope below the castle. This event started the Czech Estate uprising and the Thirty years war, which was a large scale European conflict between protestants and catolics.

The unofficial Fourth Defenestration of Prague took place in Febuary 1948 in the Cernin palace, the seat of the ministry of foreign affairs. After the communist party seized all the power in Czechoslovakia, they demanded the resignation of all the remaining democratic ministers. Minister of foreign affairs Jan Masaryk refused and he was found dead a few days later, “falling” from one of the top windows. Though it is unclear up to today what really happened, it is very likely that he was thrown out of the window by russian agents who were in Prague to help the communist party take over our country.

In the picture we can see the Louis wing of the Old Royal palace, where the Second Defenestration of Prague took place.