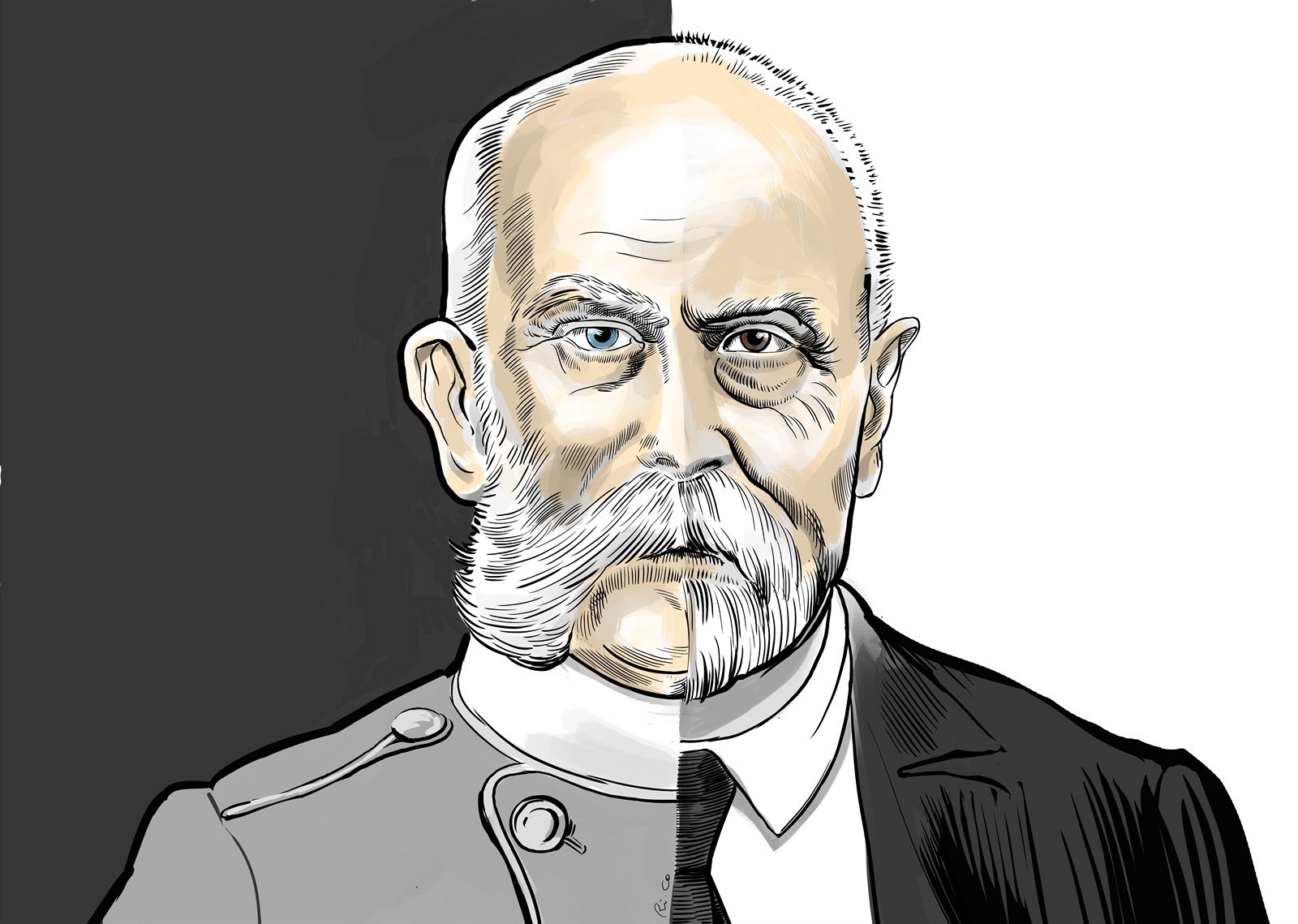 Was T. G. Masaryk a son of the Austrian emperor Franz Joseph I.?

Tomas Garrigue Masaryk, who became the first Czechoslovak president, was born on 7 March 1850 in Hodonin or Kopcany. The theory questioning his real father appeared already at the end of 19th century during a widely scrutinized case when he defended a young jewish beggar Leopold Hilsner accused of murder of a 19 years old christian girl. Why would a renowned professor defend a jewish beggar, asked the Czech public. Therefore a theory about TGM being a jew himself appeared. Although it was a widespread theory especially during WWII as it was fueled by the Nazi propaganda, today it is regarded as very unlikely. The questions about his real father remain nonetheless.

There are several facts that support this theory. His mother Teresie Kropáčková, who was from a german bourgeois family, ranked much higher in the social ladder than his father who was a poor Slovakian laborer who could not even write. Besides she was already 2 months pregnant when they got married and she was 10 years older than him. TGM was much smarter than his brothers who were born later and they did not look much alike.

Then they are these lucky interventions in his early life. As a child he was saved from working at a blacksmith workshop by a school inspector who bumped into him in his village. When he was a student in Gymnasium, he wanted to beat up the principal with a metal stick because he allegedly insulted his girlfriend. He was therefore fired from school, only to be soon after accepted to the most prestigious Viennese high school thanks to an intervention from Viennese chief of police, Mr. Le Monnier.

Also a note was found in Franz Joseph´s diary saying “Kropacek erl.”, which stands for erledigt (“dealt with” in german). This note dates to the year 1849, just after TGM´s mother got pregnant. Perhaps the young emperor had an affair with TGM´s mother, got her pregnant and then found this poor Slovakian and arranged a marriage to hide the scandal.

The case was supposed to be settled for once and for all in 2017 by a DNA test. However the granddaughter of TGM refused to approve the testing, stating that it would be disrespectful to her grandfather. So it seems we will have to wait a little longer to find the truth about TGM´s real father.