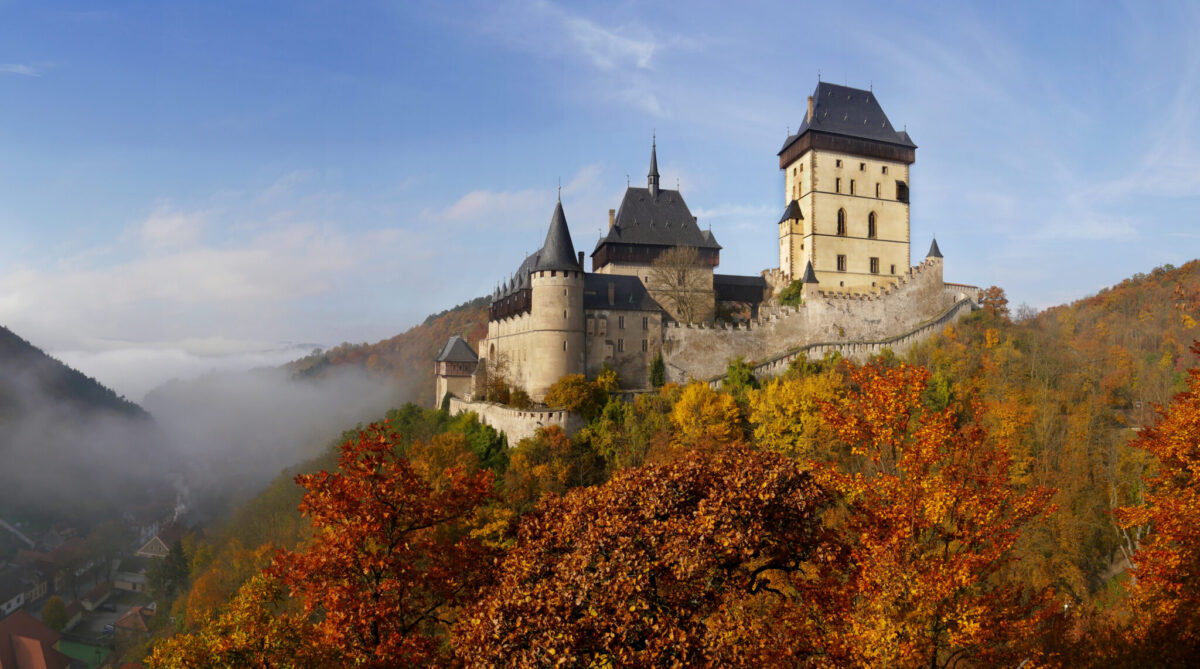 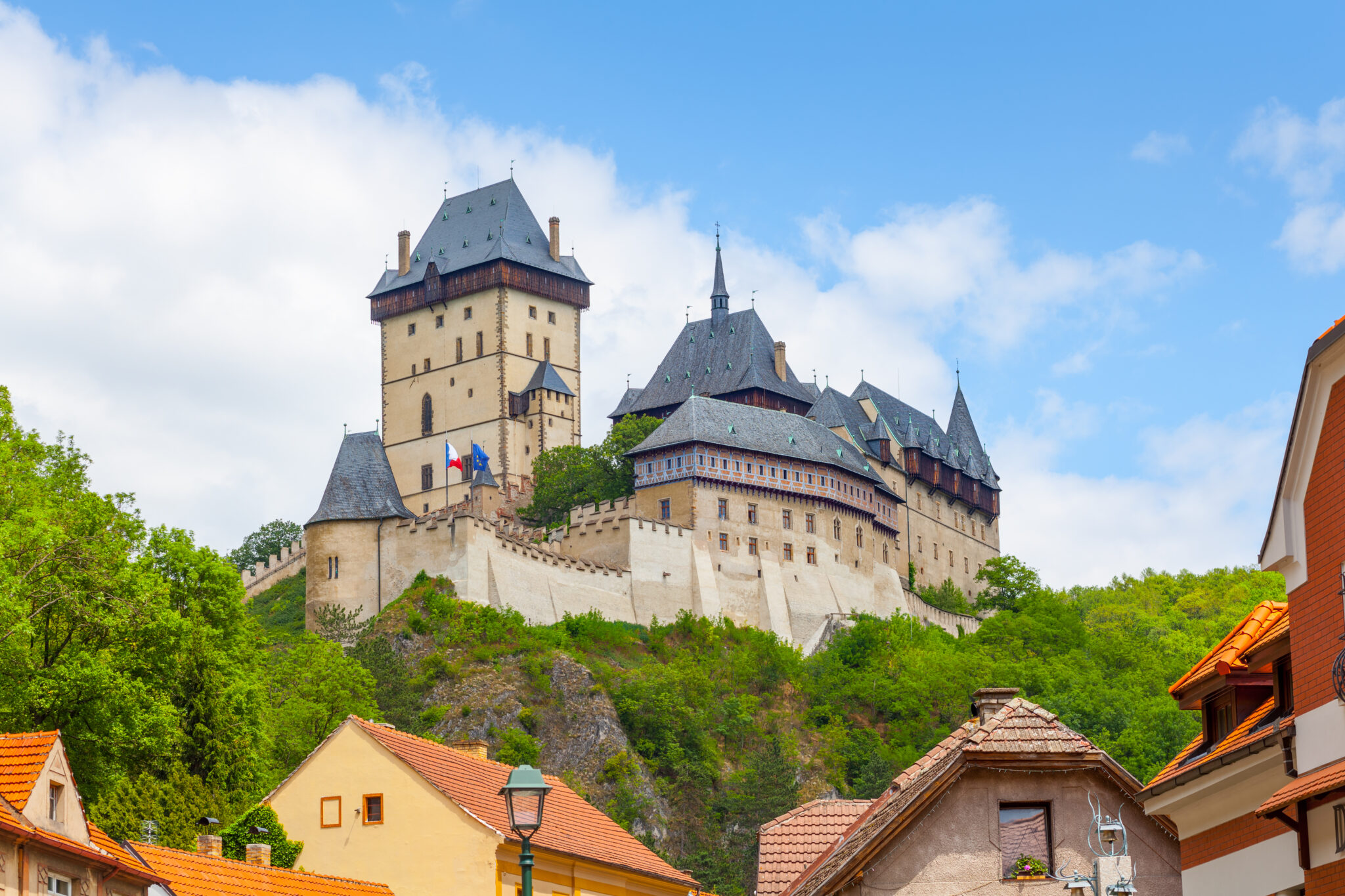 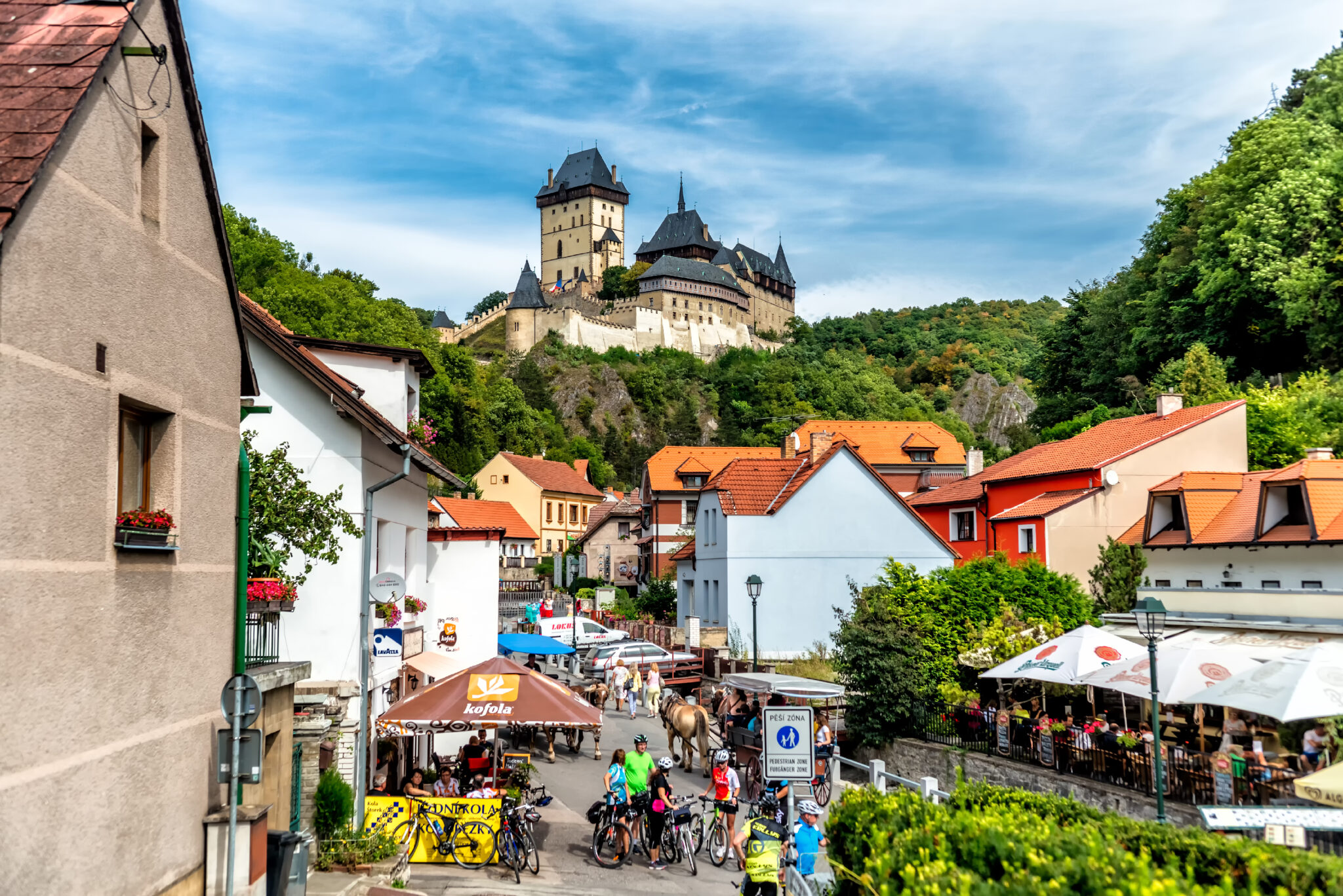 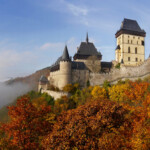 From Prague To Karlstejn Castle

Karlstejn Castle is one of the most visited castles in Bohemia. It was built by Emperor Charles IV to protect the crown jewels. Let our professional private tour guide show you the magnificent medieval fortress lying in the middle of a nature reserve with deep forrests and rolling hills. Discover the beauty of this fairy tale castle from the 14th century.

From Prague To Karlstejn Castle

Your private guide will pick you up at the place of your stay in Prague and you will drive together to the Karlstejn Castle which is located approximately 30 min drive to the South West of Prague. Since Karlstejn Castle is located up on a hill, you will have to take a 30 minutes walk from the parking lot. Alternatively you can rent a horse carriage which is an experience on its own. In the castle your private guide will purchase the tickets for you and then you will be able to join the next available tour with a local guide. The castle is state-owned and does not allow outside guides to provide commentary inside. The duration of the tour inside the castle is approximately 1 hour.

Karlstejn Castle is one of the most beautiful castles in Bohemia. It  was founded in 1348 by Charles IV, King of Bohemia and Holy Roman Emperor as his private residence and a place of safekeeping royal treasures, especially his collections of holy relics and the Imperial Crown Jewels.The construction took only 17 years! The Castle was never conquered, although the Hussites and the Swedish troops tried in the 15th and 17th centuries. Very impressive is the preserved original stair-arrangement of individual castle buildings. The lower section with a small courtyard by the Well Tower and the Burgrave´s House continue through the majestic five-storey Imperial Palace and the Marian Tower. At the highest point, the construction of the castle culminates in a monumental, 60-meter-high Great Tower and its massive fortifications. Let’s see with us a unique original 14th-century wall decoration, a set of 129 paintings created by Master Theodoric in the Chapel of the Holy Cross (the largest in the world), the largest portrait gallery of kings of Bohemia in the Czech Republic, a replica of the royal Crown of Bohemia, and unique castle well. Let our professional private tour guide show you the  beauty of this fairy tale castle.