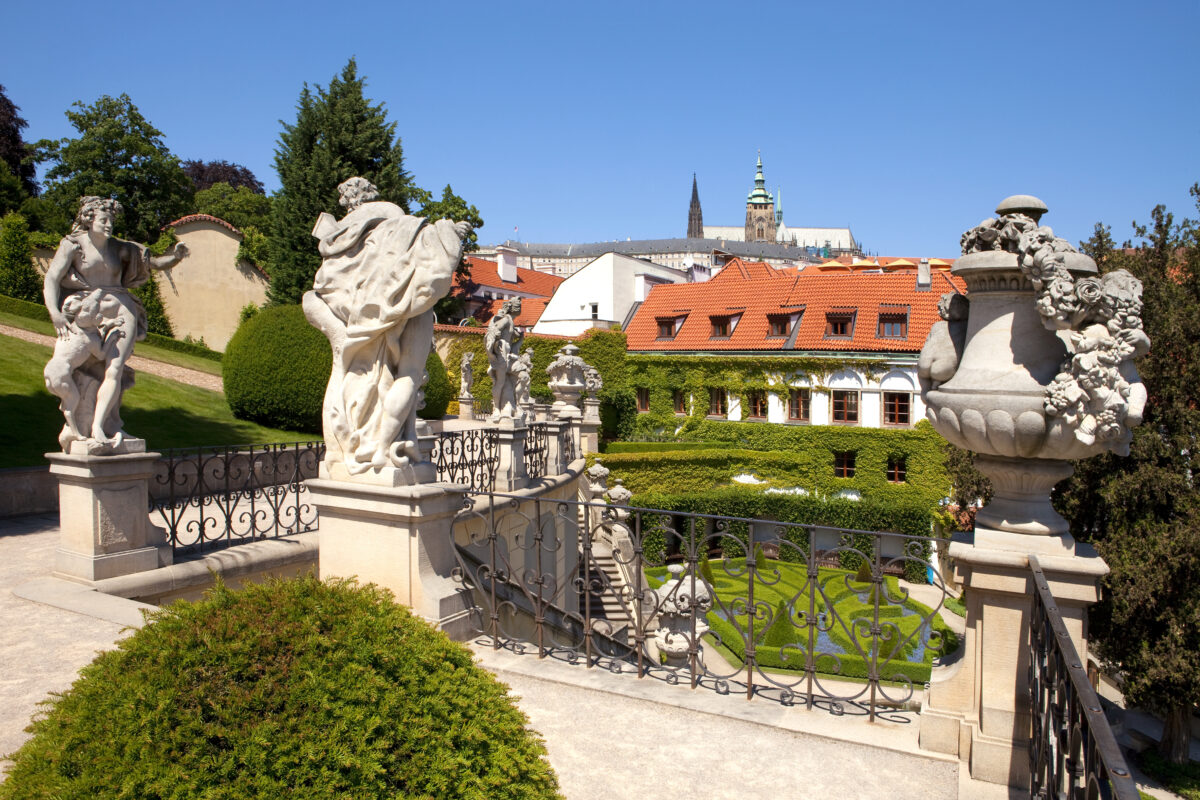 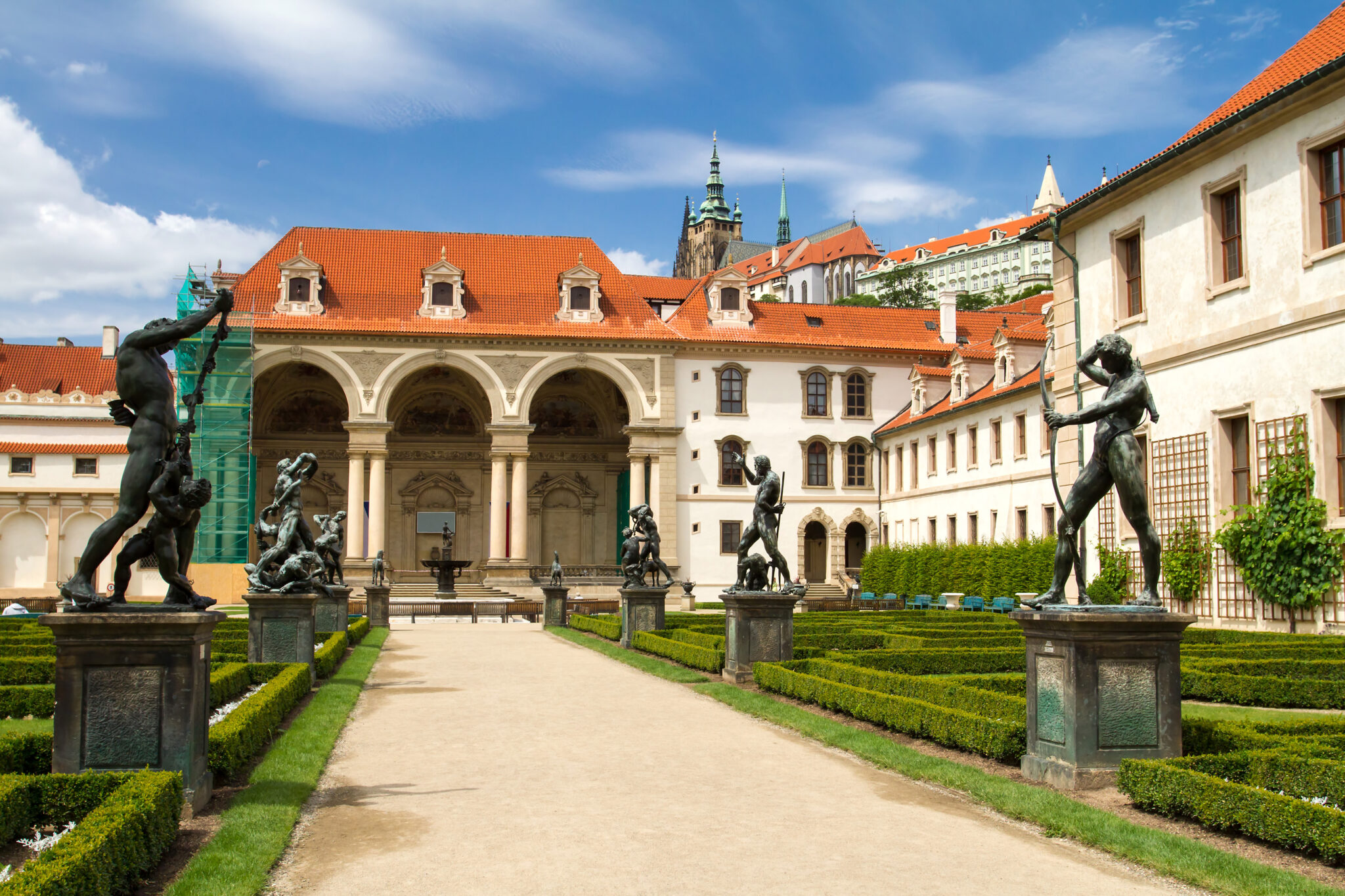 Do you feel like avoiding crowds in the busy touristic sights and instead enjoy the relaxing atmosphere of the secluded historical gardens of Prague with a commentary from our skilled Prague guide? The Explore Prague Gardens private tour is perfect for you! Experience the marvelous southern palace gardens below Prague Castle with the stunning views, the place of leisure to rulers of czech lands. These gardens were subject to a renovation in the 1920s by Josiph Plecnik to accomodate the wishes of President Masaryk. The tour continues through the unforgettable Royal Garden with the renaissance Palace of Queen Anne and then it will take you to the gardens of the noble family of Wallenstein.

Our private guide will pick you up in the lobby of your hotel in Prague and together you will walk or take a tram to the gardens. The gardens were mostly part of noblemen’s palaces and are considered oasises of peace in the busy city.

What will you see

Wallenstein Garden is located in the picturesque neighbourhood of Little Quarter. It was built as a part of the Wallenstein Palace in 1634. The owner, Albrecht of Wallenstein, was a general of the Austrian catholic army during the 30 years war and one of the most influential military leaders in the 17th century. He became incredibly wealthy by confiscating properties of the protestant noblemen which allowed him to build a new representative palace in Prague. He started the construction in 1621 and hired the best Italian architects. The statues and the mysterious wall in the garden were designed by a Dutch sculptor Adrian de Vries. The garden is built in baroque style and has a pond with fish inside, bronze statues, fountains and a gorgeous Sala Terrena. Sala Terrena is a painted dome that is a transition between palace and garden. The one in the Wallenstein garden has paintings inspired by Troy from Iliad. Next to the Sala Terrena is a mysterious part of the garden with an artificial volcanic wall. In the wall you can recognise faces of different animals and monsters. Part of this section is also an aviary with eagle owls. Apart from owls there are peacocks who run around freely in the garden.

Another garden that you will see on this private tour located in the Little Quarter. Vrtba Garden is considered by many the most beautiful garden in Prague. It was built in 1720 in baroque style as part of the Vrtba Palace. The garden is located on a steep Petřín hill and the garden architect decided to cope with the problem by splitting the garden into three different levels. On top there is a gloriette that offers a beautiful view on Prague. Vrtba Garden, which is privately owned today, is used nowadays for various classy events such as weddings.

The other two gardens that our private guide will show you are located in the castle area. The complex of gardens on the southern side of the Prague Castle offers magnificent views on Prague. The gardens were built on the walls in the 16th century and underwent the last big reconstruction in the 1920s by Joseph Plečnik. Originally they served as a leisure place for the royal family and other noblemen. However in 1918 when Czechoslovakia became an independent republic the gardens were open to the public.

The last garden that is part of the private garden tour is located to the North of the Prague Castle behind the Stag moat. It was founded in the 16th century when the Habsburgs took over the Czech kingdom. Ferdinand I. wanted to turn Prague Castle into a more comfortable place for living and turned the medieval fortress into a palace complex. In the southern part of the garden Ferdinand built a summer palace called Belvedere for his wife. The Royal Garden was turned in the 19th century into an english park.