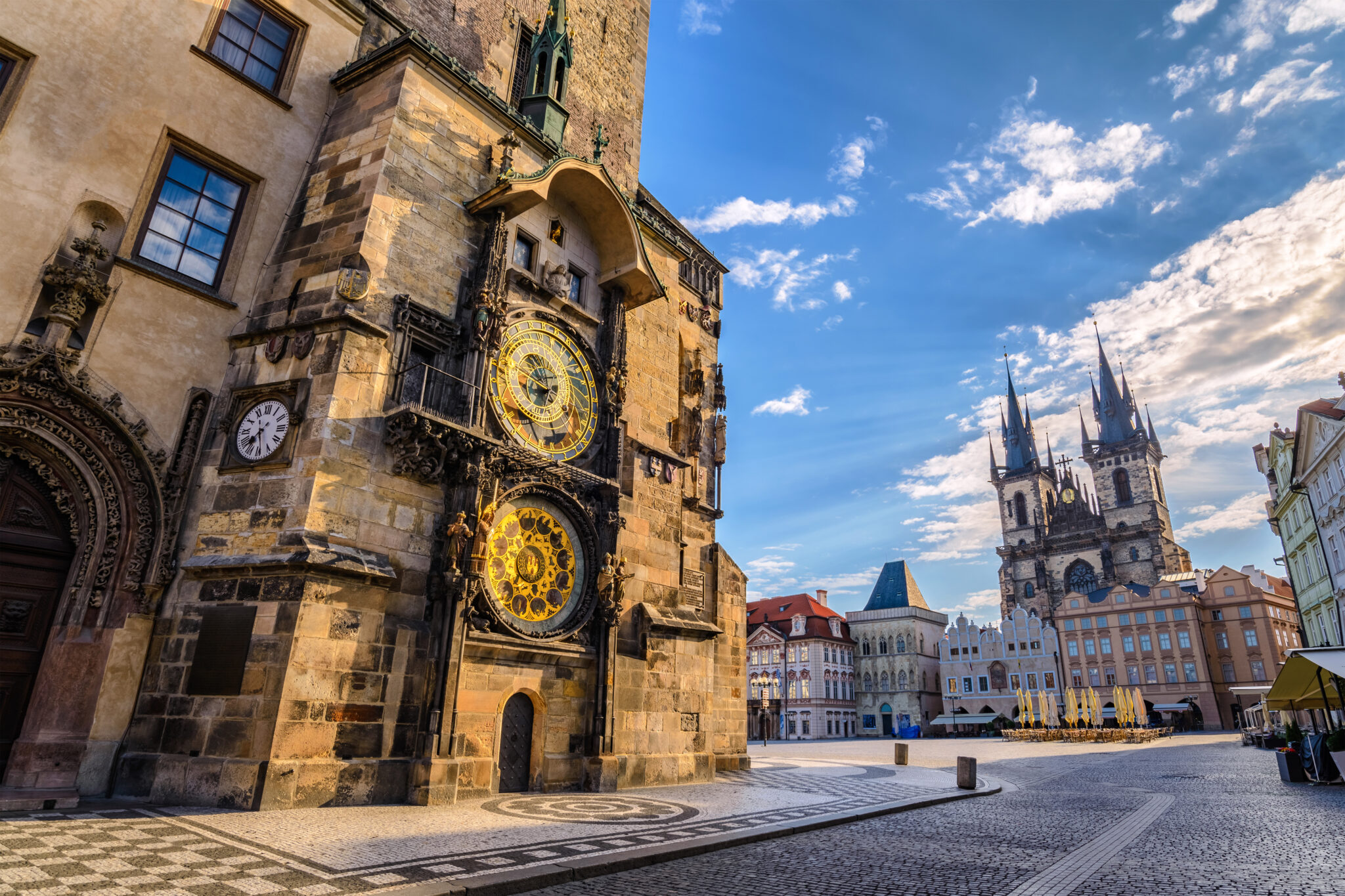 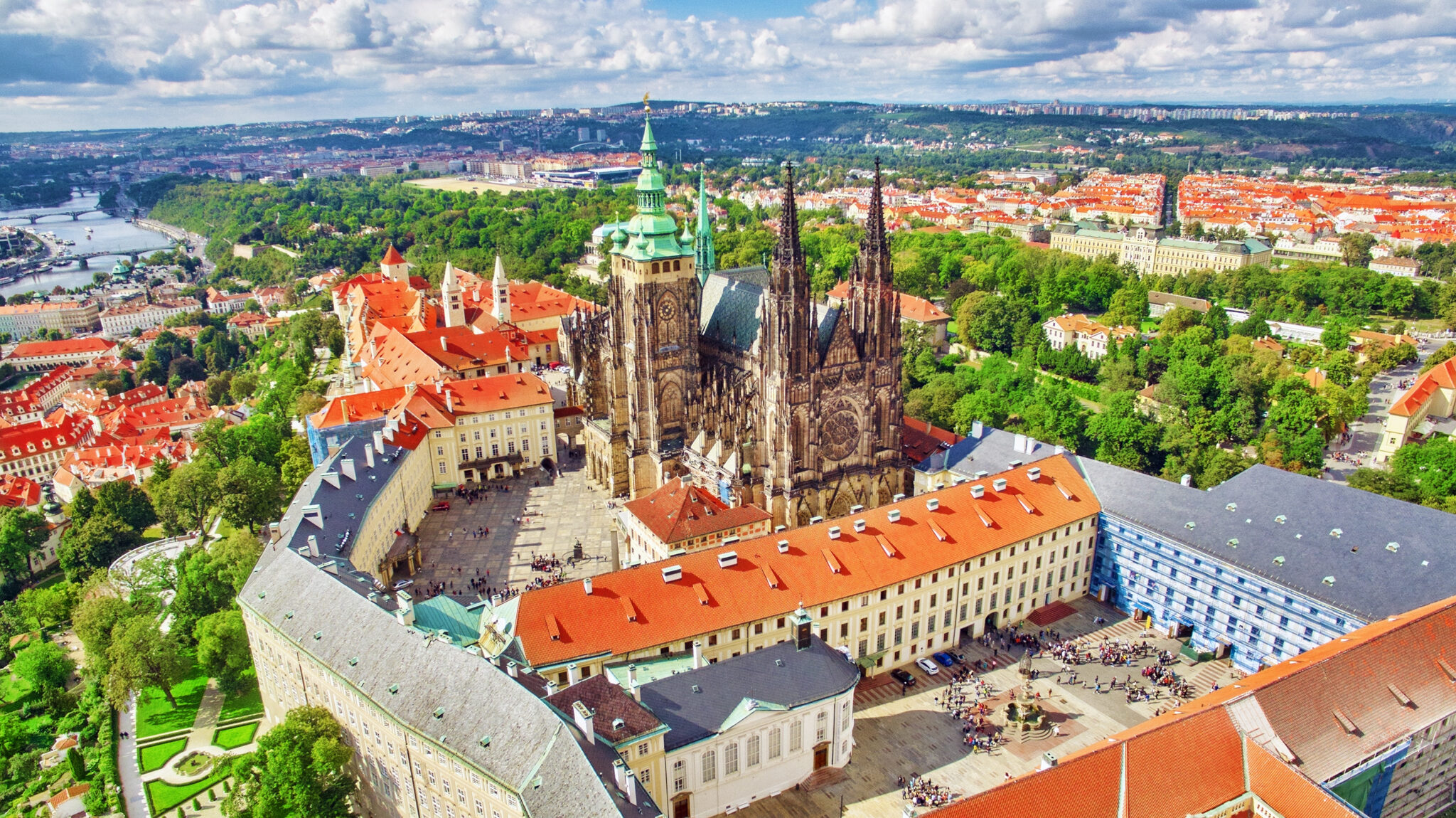 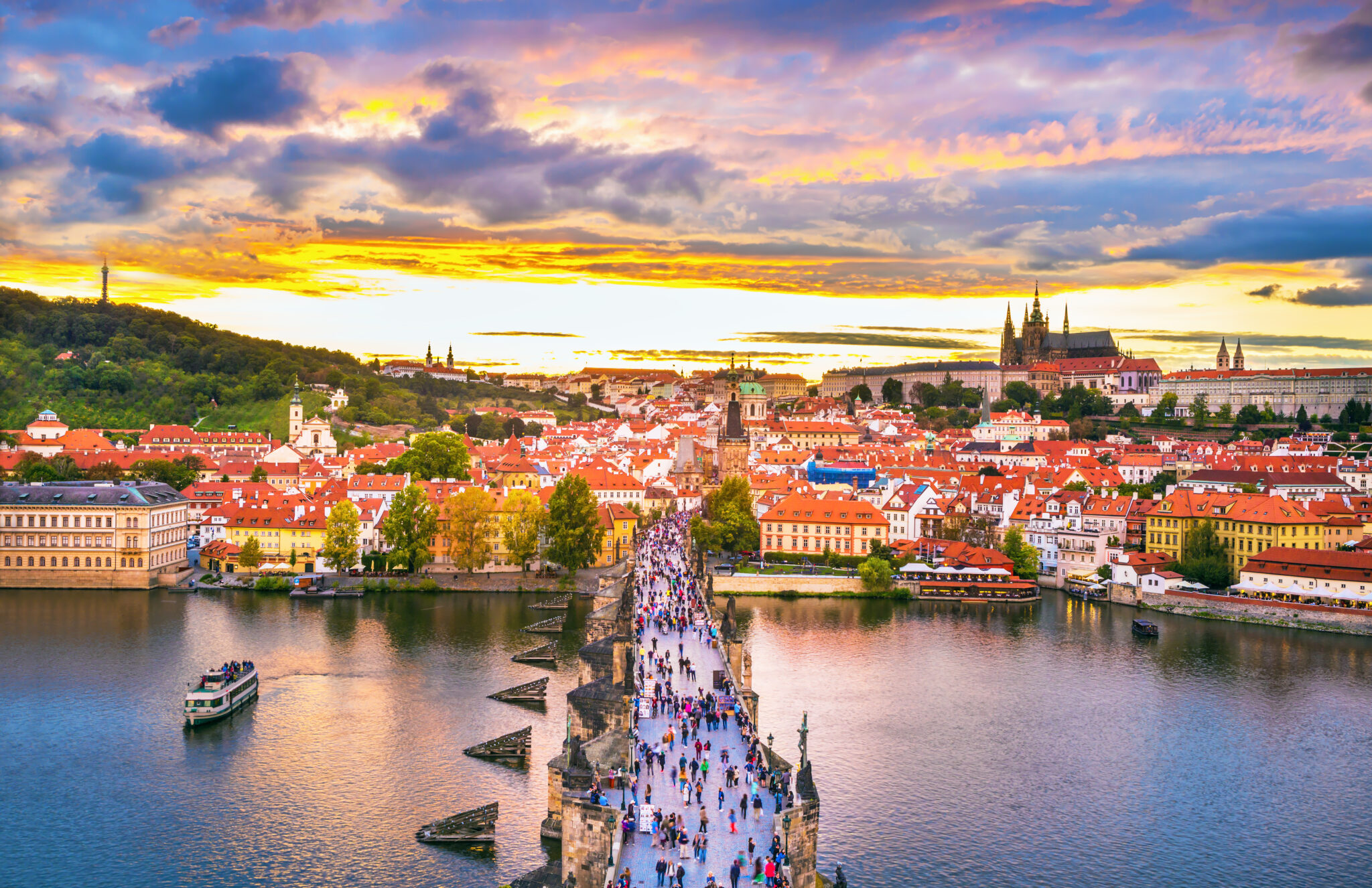 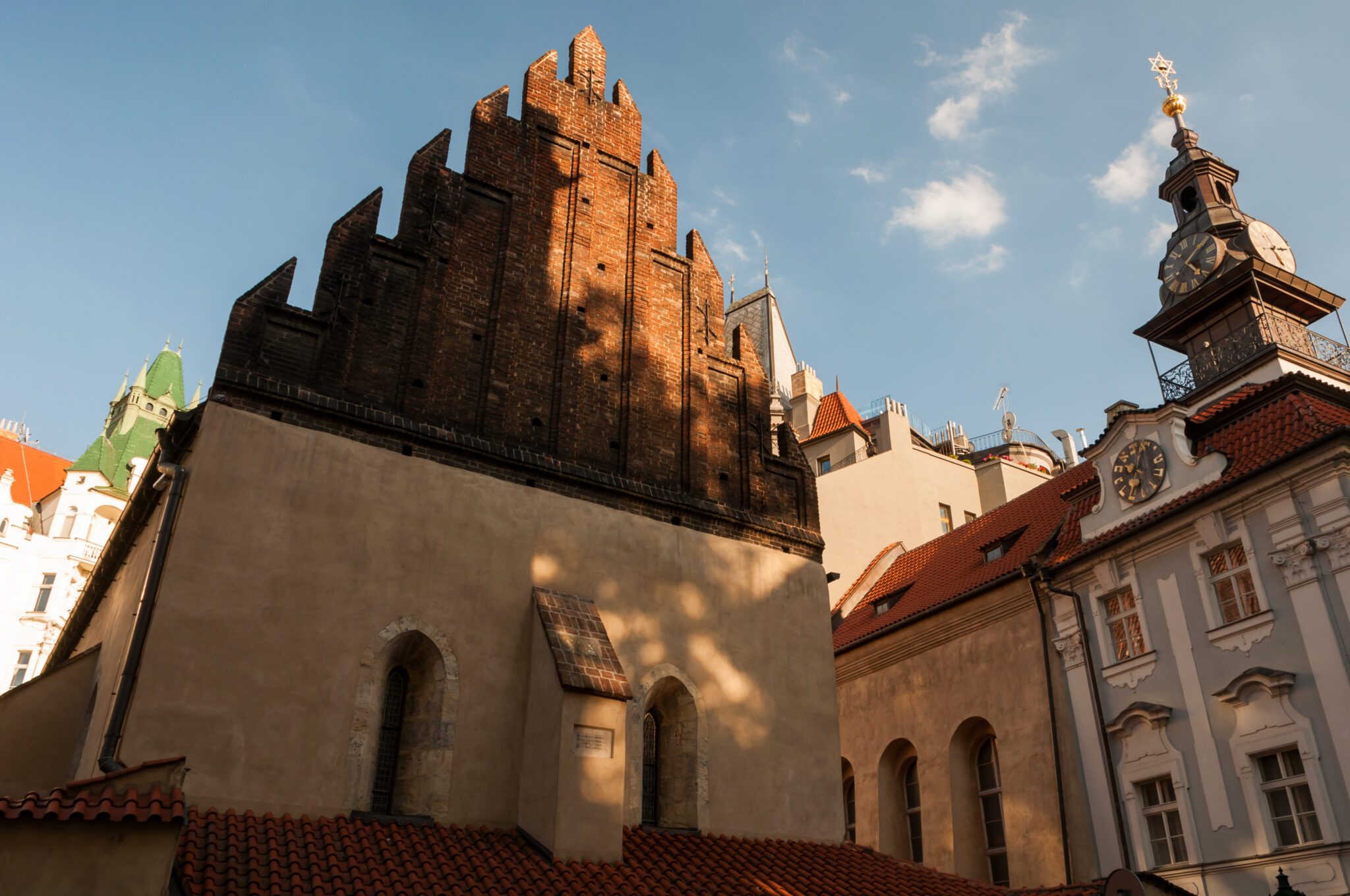 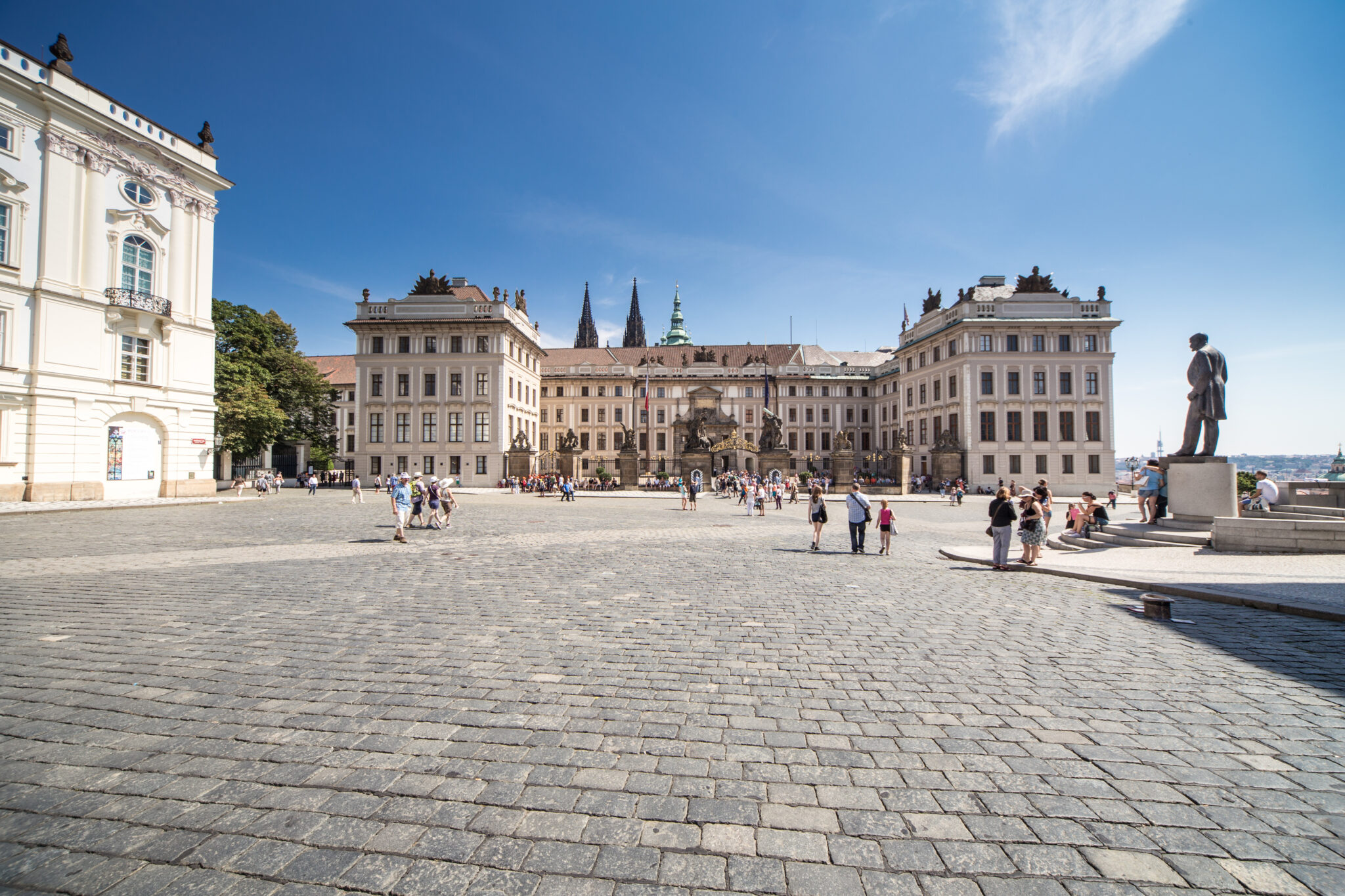 Prague In One Day Tour

Would you like to see as much as possible but you have only one day? This private Prague walking tour is a perfect introduction to the city that allows you to see more than on our Discover Prague Tour. With your private guide of Prague you will have a chance to see the world-famous Dancing House, an exquisite example of Prague‘s modern architecture, the Vineyards with Plecnik‘s Church of the Holiest Heart of Jesus, the Broadcasting Tower in Zizkov – which, at 216 meters high, is the tallest building in Prague – Art Nouveaux in Prague with the Municipal House, Baroque in Prague with the magnificent St.Nicholas Church, National Theatre, Petrin Observation Tower and much more…

Prague In One Day Tour

On the Prague In One Day Tour we will see all the historical districts of Prague. In the Castle District we will visit Strahov Monastery which is owned by the premonstratensian order. St.Norbert founded the order in France in the twelfth century and monks came to Prague in 1142 carrying 8 books with them. Approximately 30 monks still live here. The Monastery library belongs to the most beautiful church architecture in the world, containing more than 200 000 books and manuscripts. For many centuries Strahov Monastery was the centre of education in the Bohemian kingdom. We will walk through cozy streets of Castle District passing the outstanding palaces of nobility, churches and the houses of the craftsmen. Our private guide will show you the romantic street the New World, where Tycho Brahe, the astronomer of the emperor Rudolf II used to live in the sixteenth century.

Our private guide will show you around the largest castle complex in the world, Prague Castle, a town in town. Prague Castle was founded in the ninth century and it was the seat of local princes. Since the thirteenth century it served as the residence of Bohemian kings and nowadays there is an office of the Czech President inside the palace. We will visit St.Vitus Cathedral, the largest cathedral in the Czech Republic, a coronation place of local kings. Charles IV received education in France and there he saw Notre Dame. In 1344 as a Roman Emperor he invited the builder Mathias of Arras to build a similar cathedral in Prague. The Cathedral was in use through the history, but it was completed in 1929. We will admire amazing stained glass windows designed by different Czech masters in the twentieth century. We will see the Old Royal Palace, the Basilica of St.George – the oldest church in Prague built in the tenth century, and we will have a stroll through the Golden Lane, street which now looks very picturesque and romantic. The Golden Lane was once the street for the poor servants of the Castle.

We will visit the district below Prague Castle – the Little Quarter. In this section we will admire the outstanding baroque architecture of St.Nicholas Church, the architecture of beautiful palaces and of the houses of craftsmen living below the king.

On this private tour we will cross the famous Charles Bridge and we will see the open-air statue gallery on the bridge. Standing in the middle of the bridge we will have views of all the sections of the old city and we will understand the city harmony.

In the Old Town we will see the Old Town Square which is the heart of the city and we will watch the apostles on the Astronomical Clock. We will visit the Jewish Quarter. There we will learn the history of Prague’s Jewish community, we will admire the beauty of Spanish Synagogue built in moorish style, we will stroll through the Old Jewish Cemetery, where Mordechaj Maisel, Rabbi Low and other influential personalities are buried. We will see one of the oldest active synagogues in the World, The Old New Temple, built in 1270. There will also be some time to taste local speciality in one of the cozy restaurants in the Old Town.

We will walk or drive through the New Town where our private guide will show you the Wenceslas Square, the Powder Tower, the Municipal House, the Dancing House and the National Theatre. We will tell you about the lives of local people today. We will talk about World War II history and about the period of the Communist regime in Czechoslovakia.

We will drive you through the suburbs, so you will get a feeling of how the whole city looks like. In the walking option we will use trams, so you can travel like a local.

For a shorter introduction tour, check out our Discover Prague Tour – 3 hours.

The largest castle complex in the world is located on a hill above the Vltava River in the center of Prague. It is a complex of churches, monasteries and palaces. Historically it was the seat of the Czech kings, today it serves as the seat of the Czech presidents. Our private guide will take you through the complex and show you the interior of the St. Vitus Cathedral.

The Astronomical Clock was constructed in 1410 and it was a miracle of engineering at the time. The clock shows us 4 different times, position of the sun and the moon in the sky and also the phases of the moon. Let our private guide explain to you how precisely you can read the clock. Every hour on the hour there is a little show which our guide will be happy to explain to you.

The Jewish ghetto was created in 1215 on the order of the Catholic church and it lasted until 1848. For 6 centuries the tiny part of the Old Town was the only area in Prague where jewish people could live. The ghetto was never walled and walked outside, however on a map it was clearly marked where jewish peole can live and where they cannot. In the early 19th century the Jewish Quarter of Prague was overcrowded so when it was finally cancelled in 1848, a lot of people moved outside. Instead poor people poured in and the situation in the ghetto further deteriorated. At the end of 19th century a process called assanation of the Jewish Quarter began. The former ghetto was razed almost entirely, with the exception of 6 synagogues, cemetery and town hall. The rest was built from scratch. If you would like to focus only on the Jewish Quarter, have a look at our Jewish Quarter private tour.