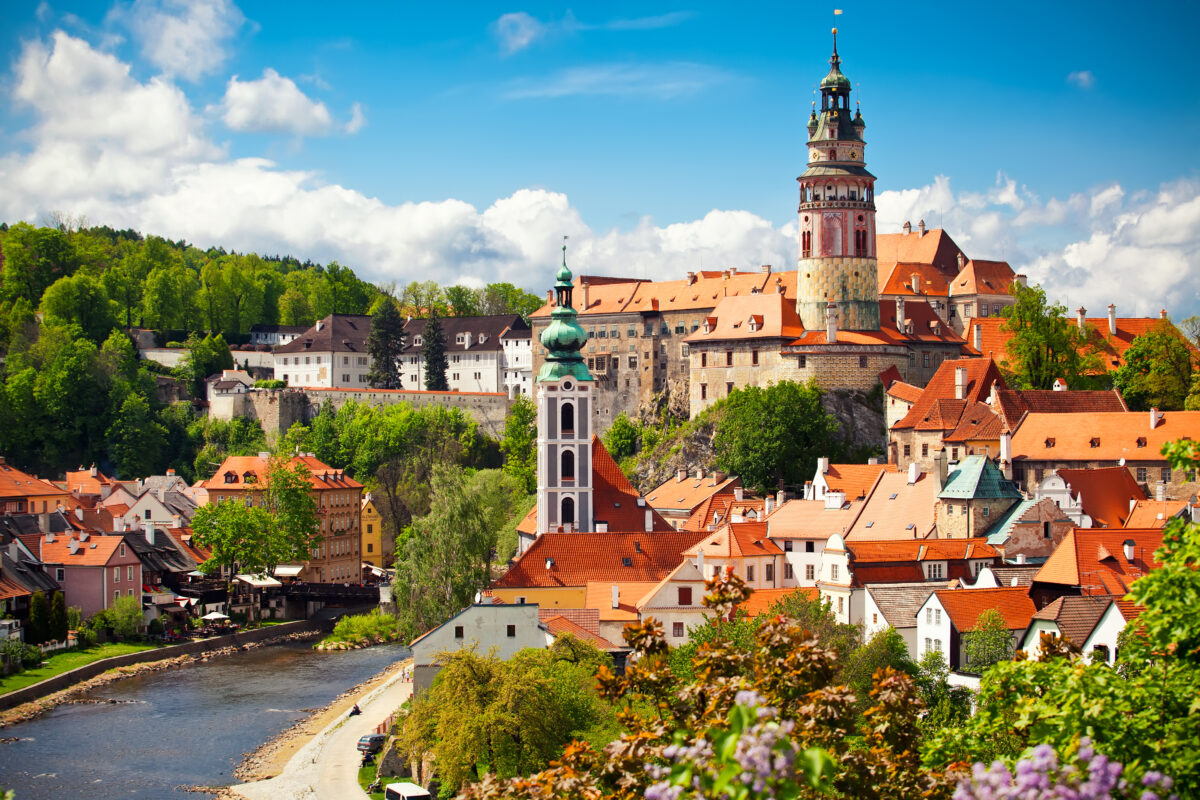 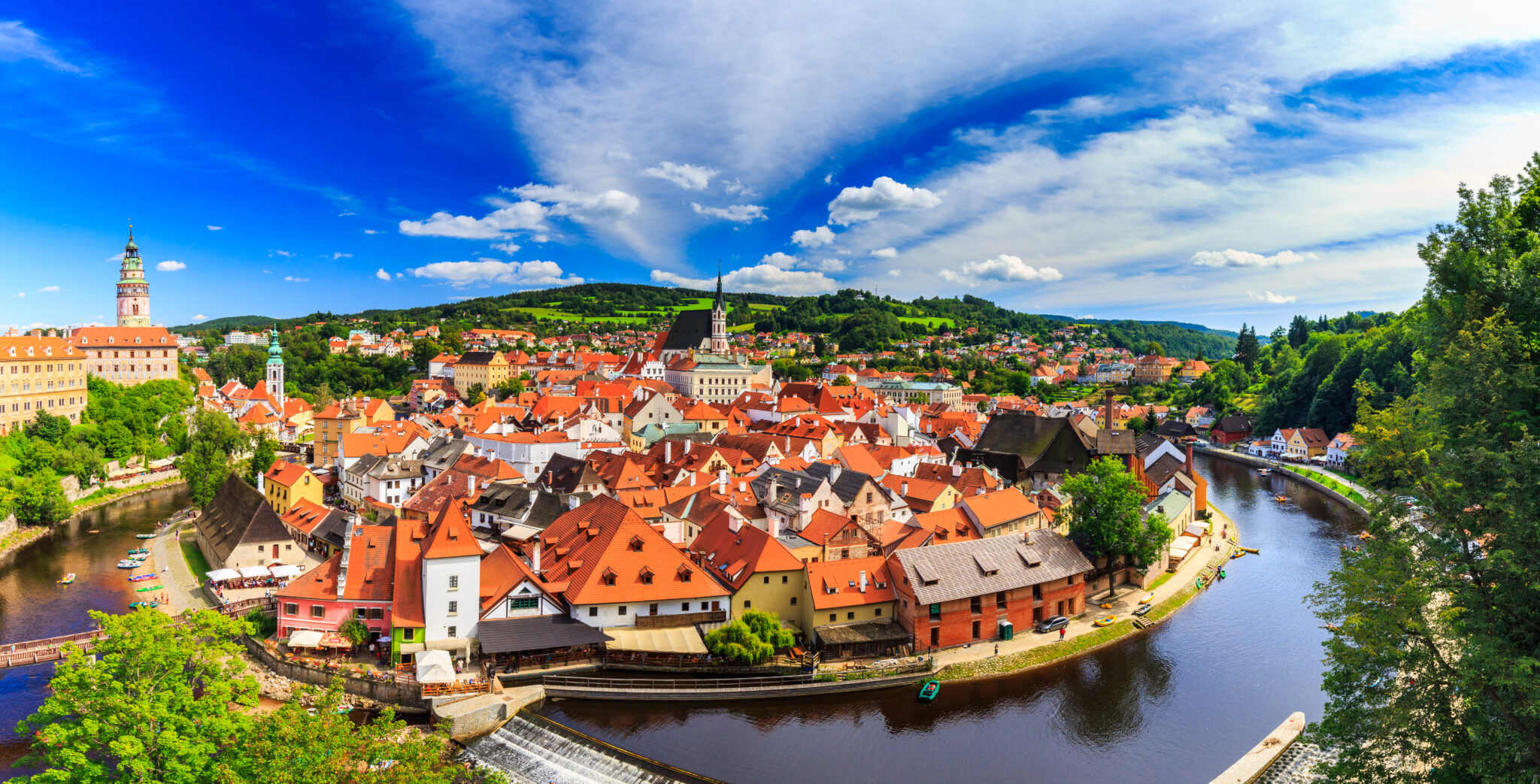 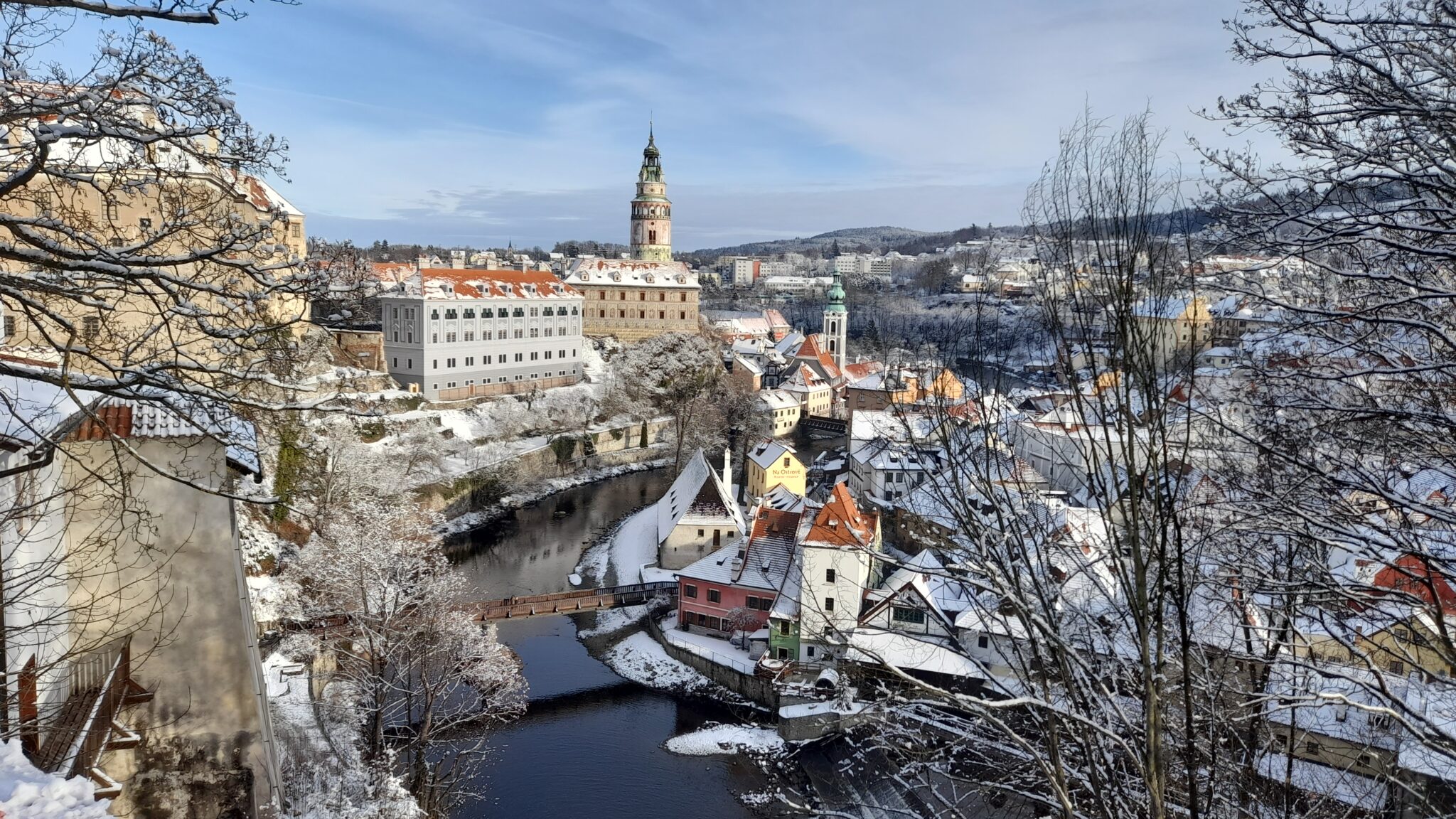 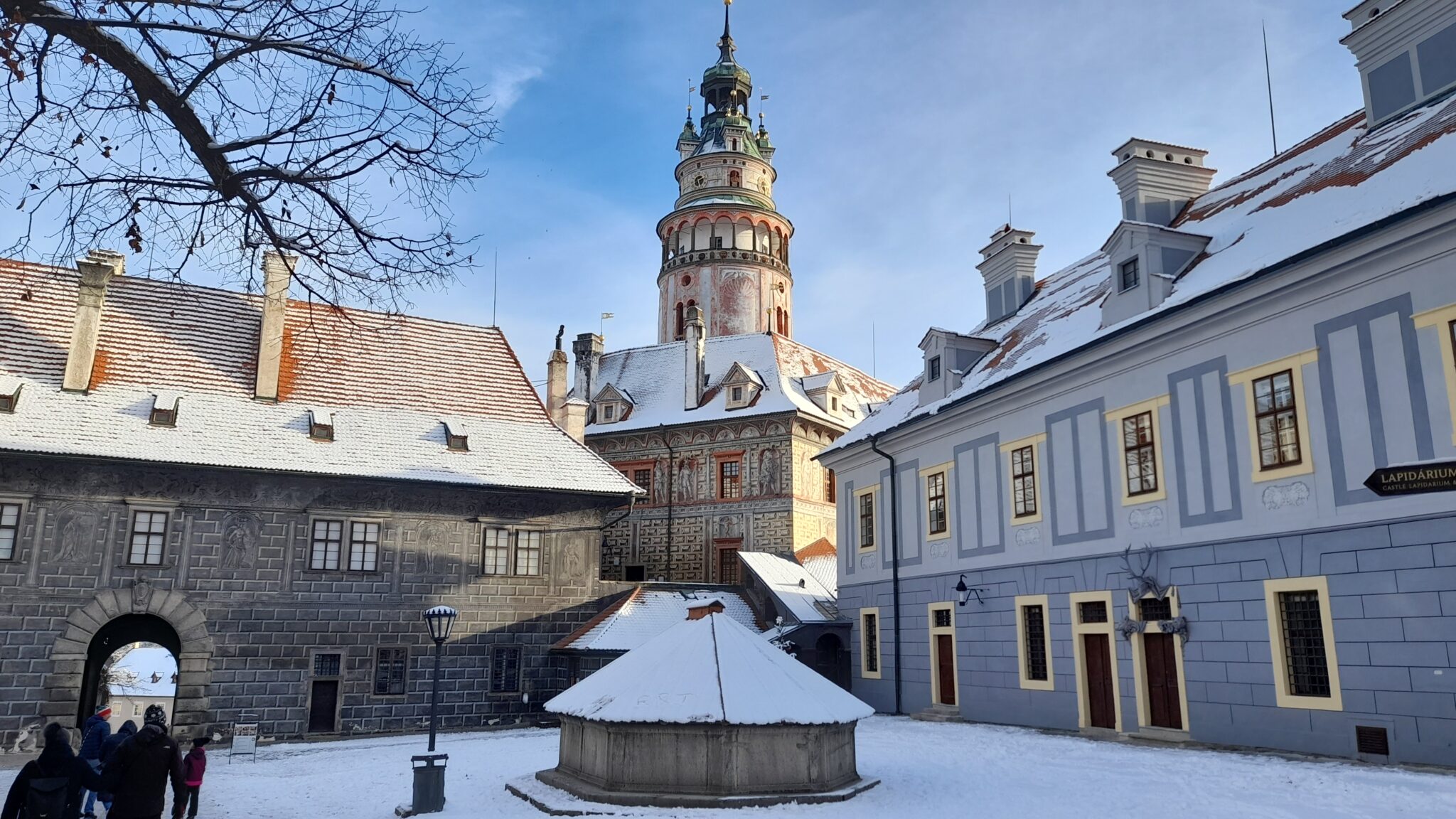 The private tour from Prague to Cesky Krumlov is one of our most popular tours. The pearl of Southern Bohemia is a fairy tale semi-island town with the second largest castle in the Czech Republic. The mighty Rosenberg family, the Dukes of Krumlov ruled this town for over 400 years, a period during which Cesky Krumlov was transformed into one of the most beautiful towns in Central Europe. You will be fascinated by the scenery and breathtaking views, which combine to make it a Unesco World Heritage site.

If you have to choose a place where to go for a full day trip from Prague, Cesky Krumlov will be without a doubt a great choice. It is definitely worth the 2,5 hours drive. No wonder it became together with Prague and Telc in 1992 the first Unesco heritage site in the Czech Republic. Built on a rock and a peninsula of the Vltava river in the beautiful countryside of Southern Bohemia, this medieval town feels like a fairytale. The whole historical center of Cesky Krumlov remained mostly unchanged since the 16th century so walking through the streets and alleys of this South-Bohemian gem with a private guide makes you feel like going centuries back in time.

In the past Cesky Krumlov was serving as the seat and the home of 4 powerful noble families. Lords of the Rose (Lords from Krumlov), Rosenbergs, Eggenbergs and Schwarzenbergs. All those families were focusing on taking care of this town and each of them left there an architecture to admire. However most of the buildings in the town refer to the times when Rosenbergs were in charge.

The castle is the most important tourist attraction in town. After the Prague Castle it is the 2nd largest castle in the Czech Republic. Originally a gothic castle from the 13th century was rebuilt mainly during the times of renaissance. It was also restored during the time of the Eggenberg family in the 17th century and major reconstruction happened during the time of Josef I Adam of Swarzenberg who gave the look to the chateau theatre in the 18th century and built the famous 4-floors bridge. The chateau wooden theatre is one of the oldest working theaters of its kind in the world. One of the symbols of Cesky Krumlov are bears which have been bred in the castle moat since the times of the Rosenberg Family. On our private tour tour we will be more than happy to tell you why they have bears. We will first take you through the beautiful baroque gardens and together we will guide you through the whole castle where you can also join some of its very interesting guided tours inside. It is very well preserved inside and the tours show you how the noble families in Cesky Krumlov lived. Would you like to see a golden carriage from the 17th century? Would you like to hear about the local ghost of a Lady in white who haunts Rosenberg castles? Join the tour in Krumlov castle.

In Krumlov there are two parts of the historical town and Latran is one of them. Latran is the part that you will see first and we will show you there many stunning gothic houses, local brewery, Krumlov monastery and church of st. Jošt. It is good to have a private guide who knows the little alleys and picturesque corners in that part so you’ll not miss anything. There are also many interesting shops so we will make sure to show you which are worth visiting and which are just tourist traps. Have you ever heard of a Czech precious stone called Moldavite? Cesky Krumlov is the best place to get it as a souvenir.

Crossing a wooden bridge you will get into the old inner town where you will see the main square of the town. The whole inner town is surrounded by the Vltava river and since it was founded it remains almost unchanged. You will see many gothic and renaissance houses. Would you like to know why on every second house in the town you can see a symbol of Rose? You will see 16th century town hall, fountain with a black plague column from 1716, 15th century church of St. Vitus, Jesuit college from the 16th century and many more. Our private guide will let you know when there are great spots for pictures. We also know some good restaurants there, so during the day you can rest and taste the traditional Czech cuisine. It is also great to rest by the river looking at passing boats of tourists who are passing by the town on canoes and rafts. Cesky Krumlov lies on the most famous Czech river that is very popular to canoe on.

Please note that the interiors of the castle in Český Krumlov are closed on Monday!

For an extended version of this tour check out our Cesky Krumlov and Hluboka Chateau private tour!