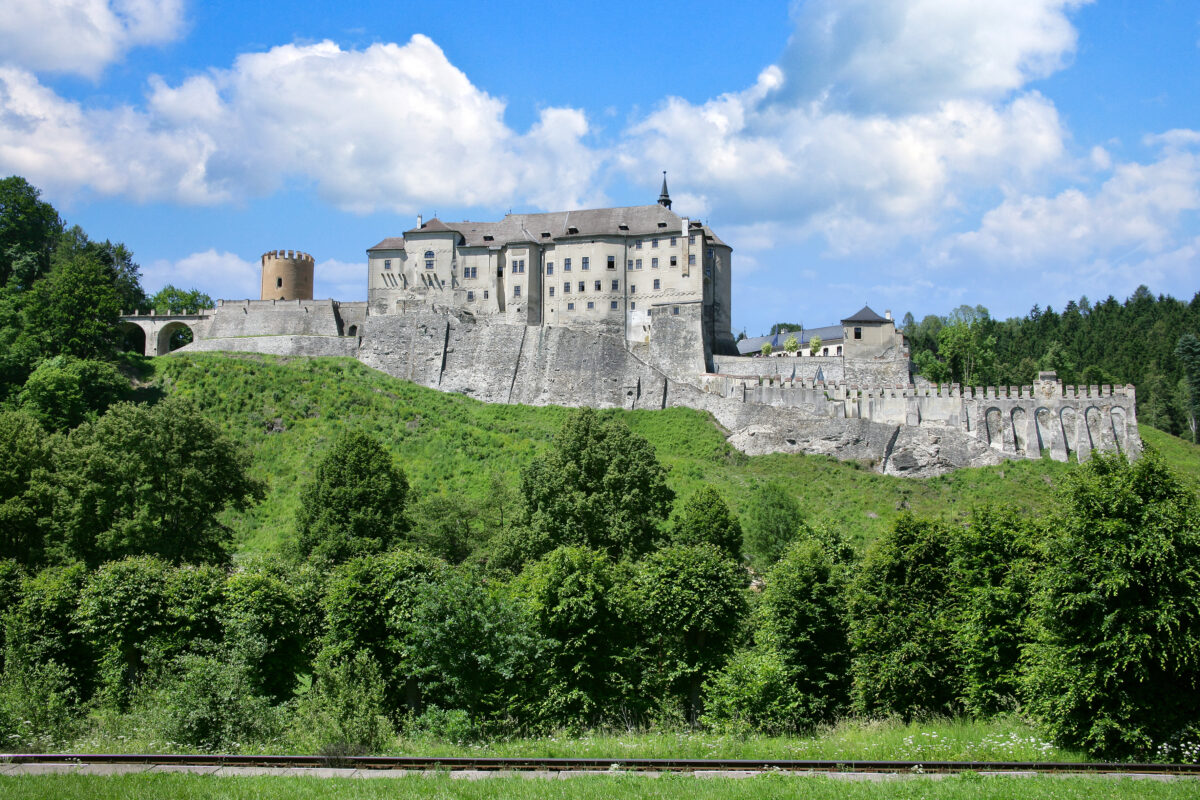 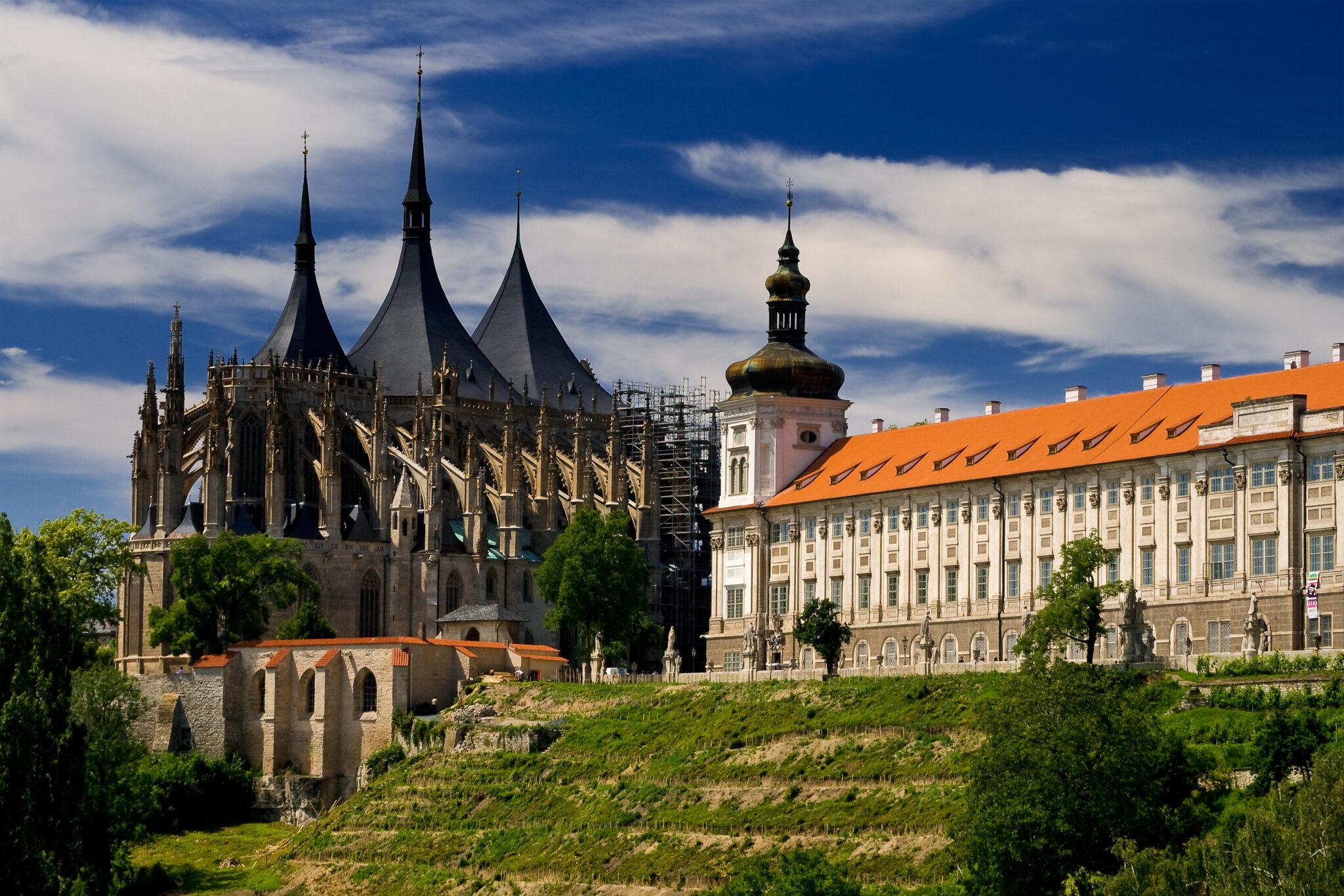 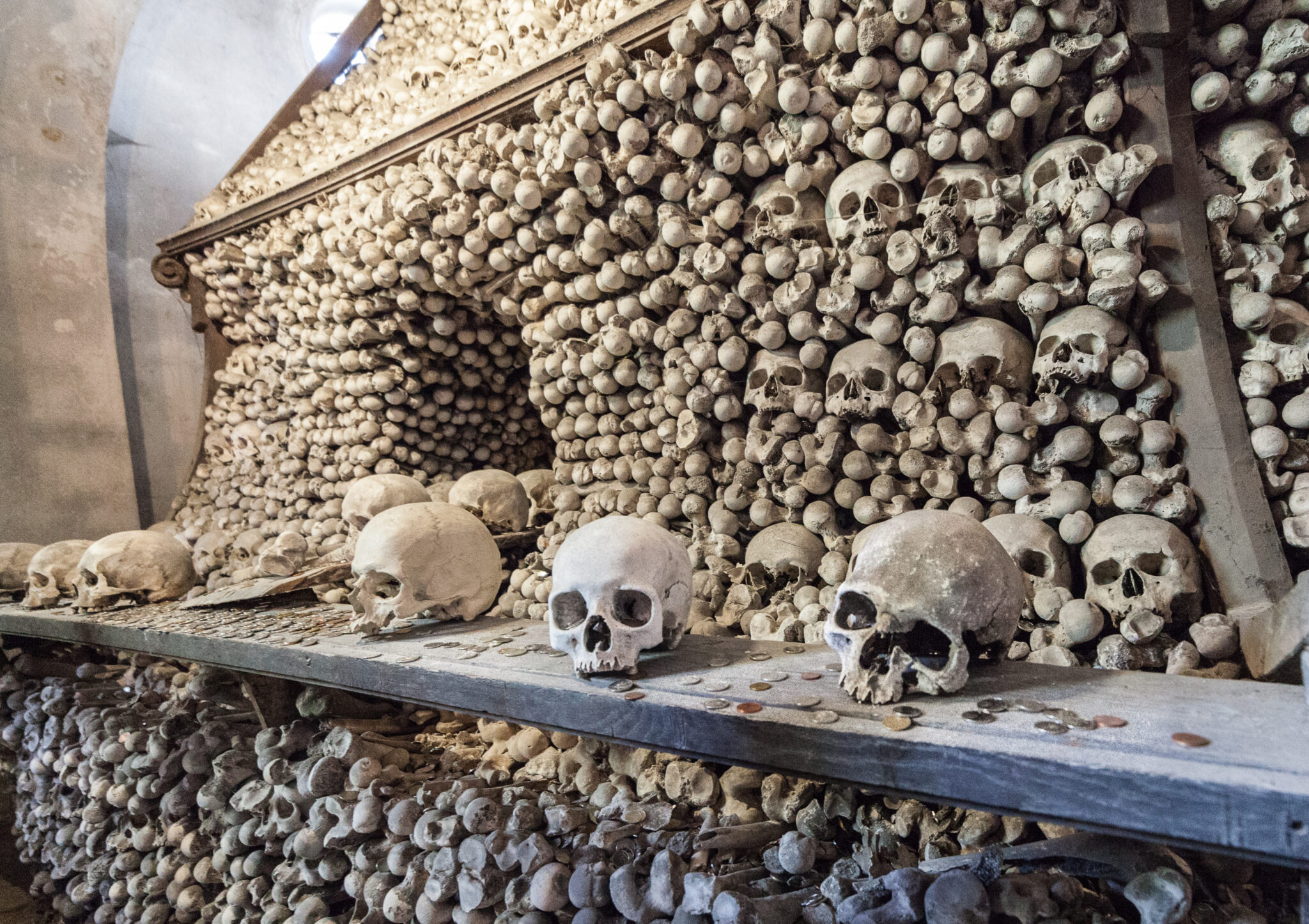 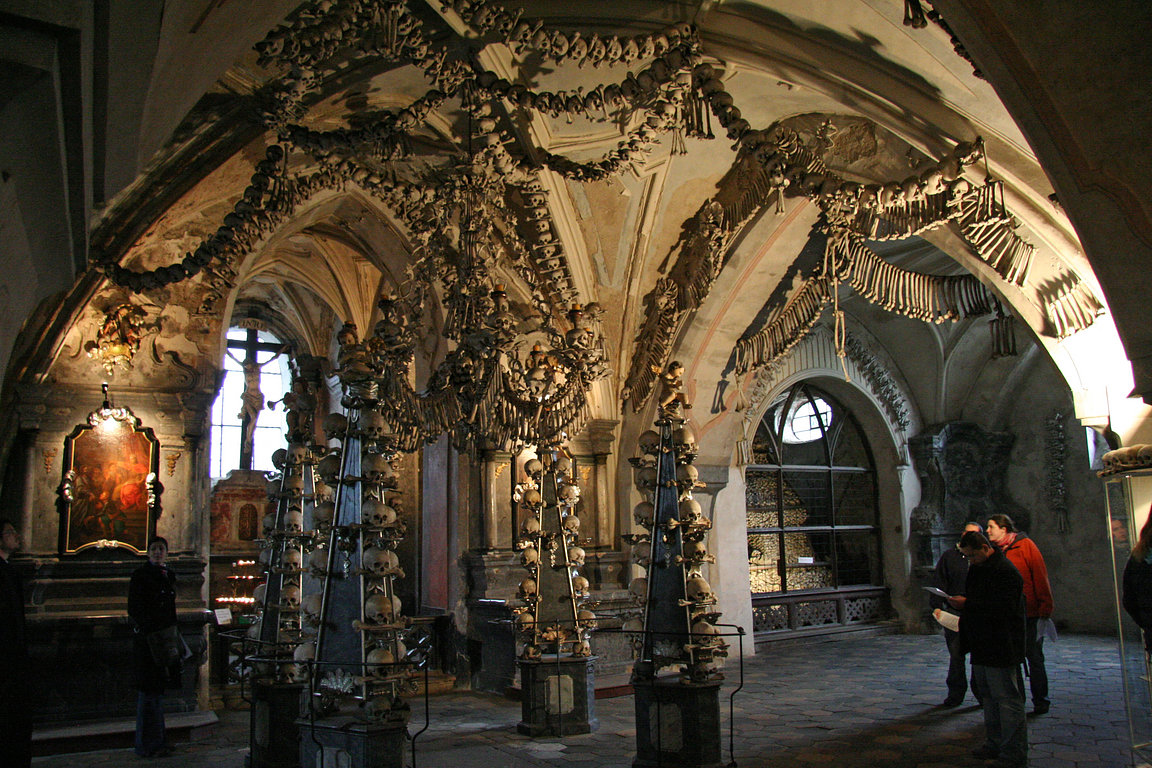 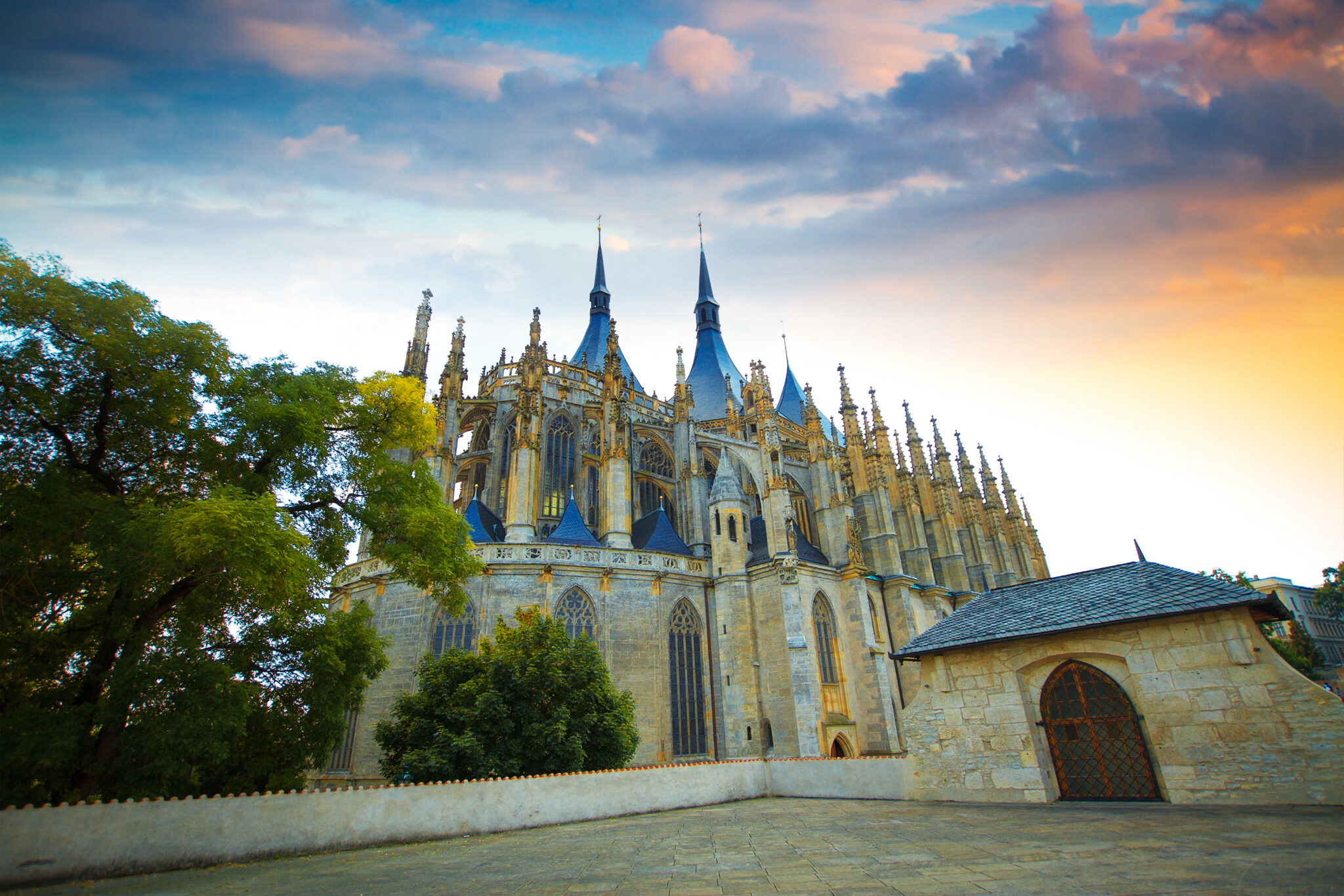 Explore with us the medieval town of silver and private castle of the Sternberg family. Stand inside the beautiful castle where you will be fascinated by the history of this old czech gentile family. The Sternbergs were once a mighty noble family who shaped the course of czech history ever since the 13th century and who found its tragic end during the communist era.

In the medieval town of Kutna Hora we will start with a private tour with the Sedlec Ossuary, sometimes called simply the Bone Church. Sedlec monastery is the oldest settlement in the area, founded by the Cistercian order in 1142. What later became the Bone church was originally a 14th century chapel standing in the middle of the monastery’s cemetery. Inside the Bone Church there are bones of 40 000 people, victims of plague and wars. At the beginning of the 15th century a semi-blind monk piled the bones into 4 large pyramids. After the cancellation of the monastery at the end of the 18th century the property was purchased by the Schwarzenberg family. In 1870 they decided to hire a local sculptor František Rint who turned the remaining bones into various art. He created a coat of arms of the Schwarzenberg family. Our private guide will explain to you all the details on it and the meaning behind them. Apart from the coat of arms there is a chandelier, signature of Mr. Rint, candle holders, curtains, goblets and other decorations, all made out of centuries old human bones.

After the Bone Church our private guide will show you the rest of the monastery with the Church of the Assumption of Our Lady and then you will drive to the center of Kutna Hora. In Kutna Hora you can admire St. Barbara’s church which is one of the most beautiful gothic cathedrals in the world. Our guide will take you inside and show you the beautiful interiors. Then you will walk through the rest of the historical center. You will see the Little Castle which was originally a fortress and later it became a residence of a mine owner. Admire the St. Jacob church from the 14th century. On the tour you can visit the Italian Court which served as the royal mint and the residence of the Czech kings in Kutna Hora. Our guide will show you the Stone House, the Stone Well and other important objects in the town center.

From Kutna Hora you will drive approximately half an hour to the castle Cesky Sternberk. The castle is still privately owned by the Sternberg family and one of their employees will give you a tour of the castle since outside guides are not allowed to tour inside. Cesky Sternberk was founded in 1241 and it was named after the coat of arms of the family, eight-pointed star. In german stern means star and berg means mountain, so the name of the family and the castle is a star mountain (Sternberk with “k” at the end is Czech spelling). It is quite amazing that the same family owned it with a few exceptions for almost 800 years.

In the late 15th century the castle underwent a gothic renovation. During the baroque period the castle was turned into a chateau and in the 20th century electricity, plumbing and central heating was introduced.